Update (1609ET): Haitian President Jovenel Moise was assassinated in an attack in the early hours of Wednesday at his private residence. Many are wondering how assassins penetrated the security perimeter of his heavily fortified home. Perhaps new insight from The Miami Herald shows “assailants claimed to be agents with the U.S. 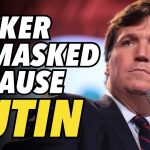 THE SLIMY ONE BEHIND CRT RACIAL HATRED IN MICHIGAN EXPOSED

Nearly a thousand illegal immigrants held under a bridge in Texas, video shows

Poll: Americans Do Not Support Political Gamesmanship on Infrastructure

Poll: Americans Do Not Support Political Gamesmanship on Infrastructure