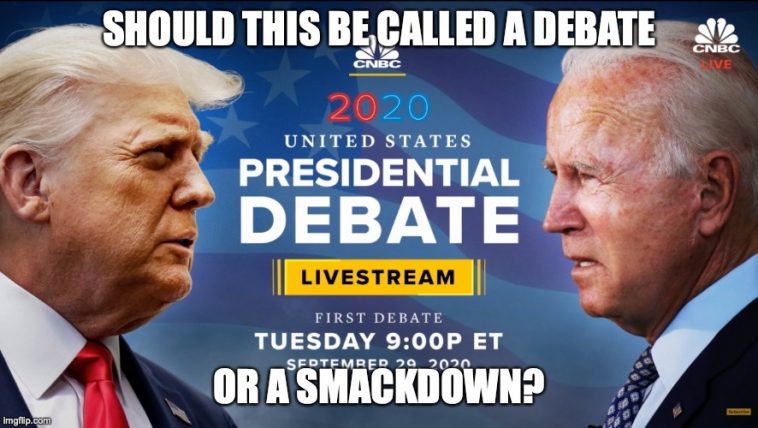 Most of us are aware of the first presidential debate between Donald Trump and Joe Biden. I watched the first half of the debate while formulating an evaluation of my own about how it went. You can read that here.

However, in continuing to watch the second half of the debate, if I were trying to protect my own reputation I would quietly hide the first piece and only post this one. However, like President Trump, I do not care. I was wrong. The second part of the Presidential debate is pure fire, and Donald Trump clearly dominates this section.

It is more contentious than part I of the debate, and this is because Mr. Trump seized the opportunity to directly confront the activities of the Democrat Party and liberals and Joe Biden’s own history on a number of topics.

We are going to feature several short pieces, each with a video segment featuring one question answered by both VP Biden and President Trump. My thought is that watching these more “bite sized” pieces (with no editing) will help viewers assess the contrasts between these two candidates.

I can only say this – it is in this part of the debate that President Trump declares the truth loudly and clearly while Joe Biden is truly on the hot seat. I cannot say that I have ever seen anything like this.

The first question was about race relations. Chris Wallace gives the question in three segments [we corrected some spelling errors here – ASH]:

No, less than you have. Let’s please continue on. The issue of [race]. Vice-President Biden, you say that President Trump’s response to the violence in Charlottesville three years ago, when he talked about very fine people on both sides, was what directly led you to launch this run for president.

President Trump, you have often said that you believe you will have done more for Black Americans than any president with the possible exception of Abraham Lincoln.

My question for the two of you, is why should voters trust you rather than your opponent to deal with the race issues facing this country over the next four years? Vice President Biden, you go first…