There’s an escalating government assault on our stem cells and we should all be very concerned about it.

Most people probably associate stem cells with religious debates over embryos and fetuses. However, we all have stem cells inside of us that many contend can be extracted, processed and re-administered as as medical service. These are called autologous or “personal” stem cells. Current Food and Drug Administration (FDA) guidance, however, essentially classifies our stem cells as “drugs,” thus preventing us from freely using them as we wish.

The FDA magically turned our cells into “drugs” in 2006 by changing one word in 21 CFR 1271, the regulatory framework that governs stem cells. It was an act that occurred without public commentary and conferred an authority upon the FDA that Congress never intended it to have. In the Journal of Translational Medicine, Michael Freeman and Mitchell Fuerst referred to the word change as a “semantic sleight of hand.” In their 2012 paper, those same authors warned us that the FDA wasn’t done expanding its regulatory authority over our stem cells. Given recent FDA actions like its restrictive 2017 SCT guidance, the issuance of warning letters to clinics using autologous SCT and the litigation against SCT clinics, Freeman and Fuerst’s words ring eerily prophetic.

Indeed, at the urging of the House Energy and Commerce Committee, as well as others in the private sector, the FDA has recently increased its enforcement actions against clinics offering SCT. With the assistance of certain corporate media outlets, a distinct cadre of vocal SCT regulationists have methodically deployed disinformation campaigns, unsubstantiated invective and pejorative terms such as “rogue,” “unproven,” “wild west,” “unregulated” “illegitimate,” “dangerous” and “snake oil” in an effort transform to the term “stem cell clinic” into a scary slur.

The SCT regulationist assault comes principally from the FDA, whose regulations and guidance unduly restrict access to personal SCT and hurt more people than they purport to protect. In fact, the actual reported cases of harm from SCT are remarkably few, while many patients express satisfaction with treatment. Likewise, academic publications like Stem Cell Reports have joined the regulationist phalanx, publishing a pseudo-scientific study suggesting that online platforms such as YouTube should summarily suppress or eliminate content containing positive testimonials about SCT. Google has recently joined the authoritarian online censorship campaign against SCT. Similarly, the Canadian Medical Association Journal published a SCT fearmongering case report with unsubstantiated generalizations about the “dangers” of SCT. Bioethicists and scientists also play active roles in the regulationist cadre, arguing for SCT crowdfunding censorship by GoFundMe and baselessly asserting how unscrupulous, bad-actor stem cell clinicians use deceptive marketing practices to exploit desperate patients.

Even a recent Pew Charitable Trust report endorsed an increased FDA crackdown on autologous SCT, which is hypocritical given that its recommendations were clearly biased against SCT clinics and informed in part by a former Johnson & Johnson employee. That’s the same Johnson & Johnson that is currently embroiled in a maelstrom of controversy over its toxic, cancer-causing “baby” powder and that just reached a $20.4 million settlement in an opioid epidemic liability lawsuit.

The SCT regulationist campaign is effectively propelled by a paternalistic government-media-industry- academic quadplex that issues policy decrees with an insularity and condescension that regards patients as chattel, or a veritable medical untermensch. This results in a non-consensual usurpation of our own health autonomy, an infantilization of a crippled sub-stratum of Americans who are excluded from any serious discussion of SCT regulatory policy, and who are presumably too stupid to make their own medical decisions. This power asymmetry within the SCT policymaking dynamic is incongruent with the fundamental precepts of justice, inclusion and egalitarianism that undergird our American democracy.

And appurtenant to our democracy are certain fundamental civil rights, one of which is the right to privacy. Arguably, there is some legally cognizable privacy interest in cells that are extracted from us with the intention of being infused back into us. Our right to privacy is premised upon the idea of personal autonomy and extends to the right to bodily integrity. In Union Pacific Railway Co. v Botsford (1891) the U.S. Supreme Court opined that “no right is held more sacred of carefully guarded … than the right of every individual to the possession and control of his own person, free from all restraint of interference from others, unless by clear and unquestionable authority of law.” The FDA and the SCT regulationists would do well to recognize this right.

Matt Bracken breaks down the whistleblower Eric Ciaramella as the key to understanding the coup against Trump. 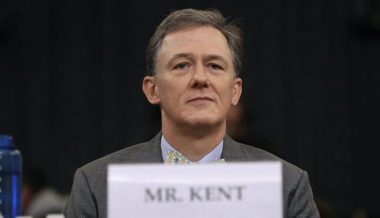 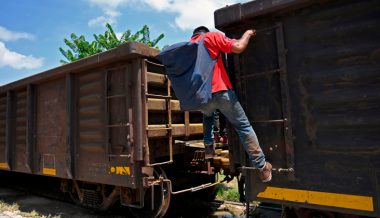