The wide-eyed green puppet with big ears captured the heart of America as soon as the first episode of “The Mandalorian” premiered on Disney Plus on November 12.

“The Child,” dubbed “Baby Yoda” by his adoring fans, out-trended most Democratic presidential candidates on social media for a month after the show’s premiere. Disney CEO Bob Iger commented that “the scale of the reaction” to Baby Yoda was beyond his expectations. Unauthorized plush dolls of Baby Yoda sold on Etsy for upwards of 250 dollars.

Why does America love Baby Yoda so much? It’s mostly because he’s adorable, but part of the phenomenon is also due to the audience’s investment in the developing father-son relationship between the Mandalorian and Baby Yoda. (RELATED: Jon Favreau Talks About Baby Yoda, Says The Audience Will ‘Learn More’ As ‘The Mandalorian’ Progresses)

This relationship occupies the central focus of the show. It depicts the Mandalorian, a bounty hunter also known as Mando, as a hero of fatherhood who saves his son from the forces of evil. It echoes something similar which happened over 2,000 years ago with a simple carpenter and hero of fatherhood named Joseph.

Mando first captures and turns in Baby Yoda to make a profit, which he uses for a new set of glitzy armor. But Mando has a change of heart, and he turns back to rescue Baby Yoda by singlehandedly taking out at least 27 Imperial stormtroopers and bounty hunters.

Mando appears in the trailer of “The Mandalorian.” (Youtube/Disney Plus)

By rescuing the Child, Mando loses his main source of income and is placed under a constant threat of attack by the endless stream of bounty hunters who seek to capture the Child and turn him in. Mando remains resolute in his goal of protecting and caring for Baby Yoda for the remainder of the show.

The audience cheers on Mando’s selfless protection of Baby Yoda against the IG-11 bounty droid who is about to shoot Baby Yoda, the young bounty hunter Toro Calican who captures the Child, the bug-eyed droid Zero who hunts Baby Yoda down to kill him and the Client who is sending the bounty hunters after Baby Yoda.

Mando, reluctant father though he is, protects, provides, and plays with the infant. He makes mistakes (frequently leaving Baby Yoda all alone), but he gives up everything to save Baby Yoda time and time again from certain death. 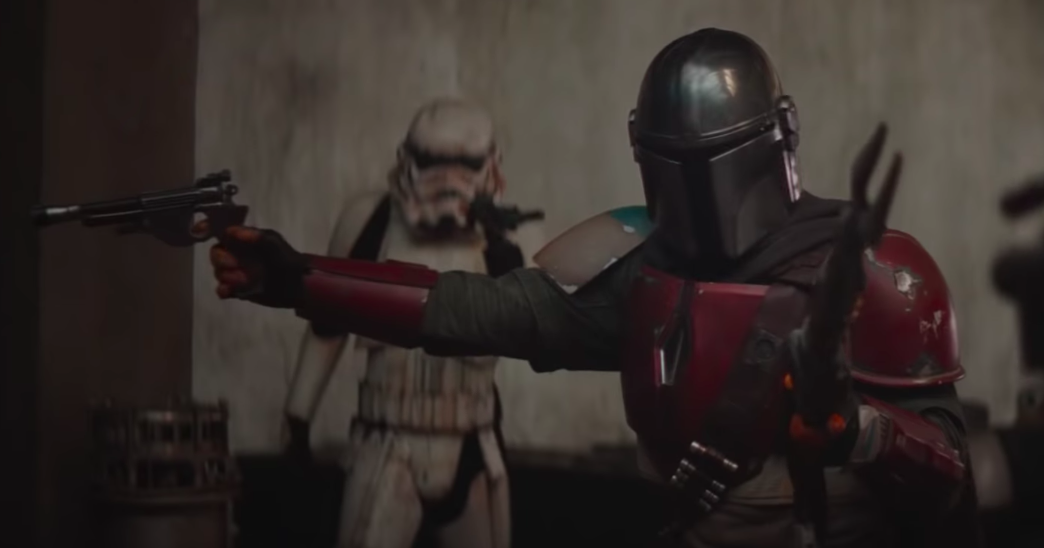 The Mandalorian seeks to protect Baby Yoda. (Youtube/Disney Plus)

Mando’s heroism stands in contrast to America’s epidemic of absent fathers. Over 1 out of every 3 children in America lives in a fatherless home. That number has grown from 11 percent of children in 1960. The problem is worse among African Americans: 2.5 million African-American fathers live with their children while 1.7 million do not.

According to research by Kathryn Edin and Timothy J. Nelson, unmarried fathers often initially step up to the challenge to provide for their children, but many later drift into an occasional best friend role, often as a result of a couple splitting up. (RELATED: Watch The Trailer For The ‘Star Wars’ Series ‘The Mandalorian’ On Disney )

The show’s depiction of the Mandalorian’s fatherhood as heroic exhibits a culture which still places profound value on fatherhood in spite of its growing disappearance. And viewers seem to be joining in on the show’s spirit, wanting Mando to protect the beloved Baby Yoda from harm in the face of every obstacle. It seems the decline of fatherhood in America has not softened our esteem for it. 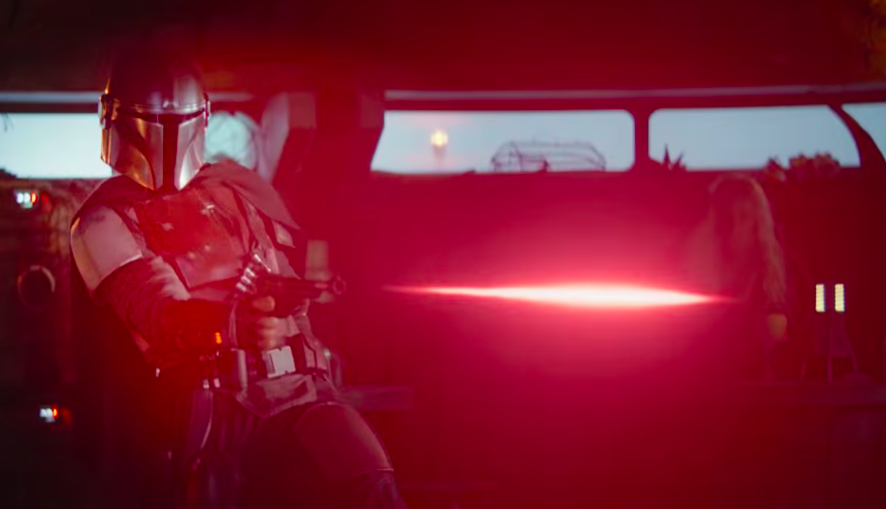 Mando fires his weapon. (Youtube/Disney Plus)

But in our society, it would be unusual, and perhaps looked down upon, for a father to sacrifice his only source of income, his reputation, and his future for the sake of an infant. For instance, 45 million children in America have been aborted, many for these reasons. While the abortion decision may ultimately be up to the mother, research shows that fathers are frequently involved (though men are less likely than women to want to abort a child, according to the research by Edin and Nelson). Yet America cheers on the Mandalorian’s sacrifice for the sake of Baby Yoda.

Between the years 6 B.C. and 4 B.C., in a small town called Nazareth located in Galilee, a carpenter named Joseph was betrothed to a woman named Mary who became pregnant before she came to live with him. Levitical law prescribed stoning for unwed pregnant women. Yet Joseph, guided by a dream, chose to take Mary and the child into his home even though it would tarnish his reputation. (RELATED: REVIEW: ‘The Mandalorian’ On Disney Is A Must Watch Show For ‘Star Wars’ Fans)

Once the child was born in a stable in Bethlehem, King Herod the Great of Judea, a puppet of the Roman Empire, advised three magi from the east to alert him of the child’s whereabouts so he could kill him. When the magi did not return, King Herod ordered soldiers to kill all the male children in the region near Bethlehem. Joseph took Mary and the child and fled to a foreign land to protect the child from those seeking to kill him. In doing so, he sacrificed his homeland, his family and friends, and his job.

In the same way, Mando gives up his livelihood and flees in order to protect the Child from the Empire and its troopers.

At Christmas, the heroic fatherhoods of Mando and Joseph remind us that it is not the reception of gifts (like Mandalorian war armor) which fulfills us, but rather our gift of self to others (like battling stormtroopers). It is caring for others, especially for our children, which pulls us out of ourselves towards the hero we are called to be.