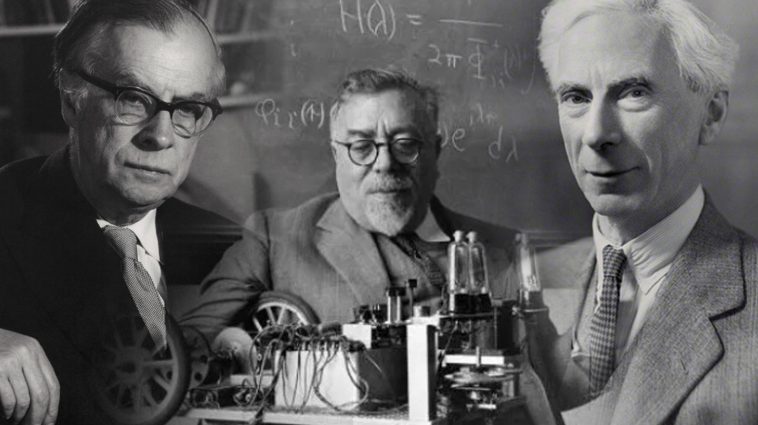 In this week’s edition of The Strategic Hour, Matt, V and CJ discuss the roots of the Klaus Schwab’s Fourth Industrial Revolution which underlies the Great Reset agenda.

Is it possible that the concept of human-machine integration, artificial intelligence, genetic modification and the Green New Deal are directly tied to the revival of a new eugenics and the dystopic fantasy world of Bertrand Russell? Is it possible that this eugenics-obsessed elite revived their ungodly plans for world government after WWII under the leadership of UNESCO’s Julian Huxley and teams of psychiatrists from Tavistock who oversaw the creation of a new school of social engineering developed Russell’s protege Norbert Wiener titled “cybernetics” and “systems analysis”?

Other figures who will play a prominent role in this story include the founder of the World Health Organization (G. Brock Chrisholm), Tavistock leader John Rawlings Rees who founded the World Federation of Mental Health in 1948 and a coterie of mathematicians who despised creativity as intensely as they lacked it in their own souls.

Matthew Ehret is the Editor-in-Chief of the Canadian Patriot Review , a BRI Expert on Tactical talk, and Senior Fellow at the American University in Moscow. He is author of the‘Untold History of Canada’ book series and in 2019 he co-founded the Montreal-based Rising Tide Foundation . Consider helping this process by making a donation to the RTF or becoming a Patreon supporter to the Canadian Patriot Review