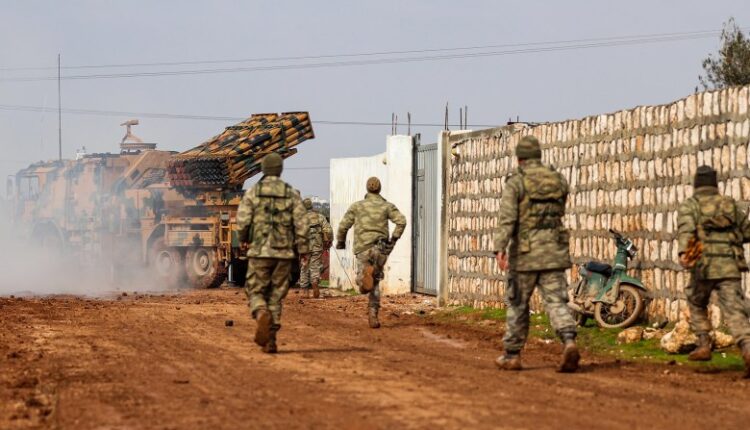 Sources reported that the renewal of the Turkish attacks on the northern countryside of Aleppo, in a continuous violation of the ceasefire agreement in the “Safe Zone” area by Ankara.

The sources indicated that the Turkish army and its armed factions targeted the vicinity of the town of “Tal Rifat” in the northern countryside of Aleppo.

The sources emphasized that the attacks resulted in material damage, without any information about human casualties.

Since the beginning of this month, many Turkish attacks have hit the countryside of Aleppo, Hama, Idlib, and Lattakia, within clear breaches of the ceasefire agreement, as the number of those violations exceeded 120 attacks.

The northern countryside of Aleppo is witnessing an escalation in the targeting that has affected it for nearly a week, especially in the town of “Tal Rifaat” and the vicinity of “Meng” airport and the villages of “Belouniya”, “Sheikh Issa” and “Ain Daqna” that witnesses the fall of mortars, missiles, and artillery by the Turkish army on a daily basis.