Many more secular minded folks will take exception to this statement, pointing out the terrible errors of the Roman Catholic Church, or the bigoted behavior of the “God hates fags” Westboro Baptist Church, or any number of their own personal horror stories. However, I am not talking about errors people make in their own lives or in religious communities. I am talking about Christianity itself.

The people so willingly targeted as “proof” that Christianity is stupid or a has-been religion are simply people who were not practing Christianity. They may have been Church members; they may have even founded church communities. They may have been popes or patriarchs or priests, but it doesn’t matter. Christianity itself is the most difficult way of life to live. Any other religion is far, far easier, because they don’t require of the faithful what Christ does: everything. Many people use “Christianity” as a brand to justify their own existence and behavior.

Look at Imposter Joe, for example. He claims to be a “devout Roman Catholic”, yet he supports gay marriage, abortion anytime anywhere, and acts like a pedophile at times. He is false. He probably doesn’t think he is false, and many who prefer him because of political (not religious) reasons will participate in perpetuating the delusion. But “by [his] fruits”, we see he is no follower of Christ, he is instead, a hijacker of Christ, using the Lord’s good name to get ahead politically among seculars.

Donald Trump, by contrast, scandalized “proper Christians” by saying he never felt the need to apologize to anyone; he lived like a playboy, he played in the liberal sandbox in many ways. But when it came down to protecting the United States and leading her, he said “Only God sustains us,” and he was the first President to appear at the anti-Abortion march for life and speak about the beautiful babies that should never be killed. He lived Christianity as President far more than any president has since Ronald Reagan at least. I would even suggest he was much more serious about it, because he deeply understood that the only way a nation stands in the world is if it stands under God as HIS nation. He spoke about this over and over and over during his presidency, and of course, probably very few people know it, because the Christ-hating media would not show you this. 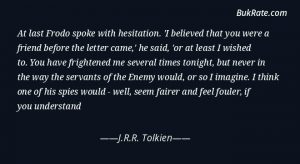 When people give everything of themselves to Christ, change – usually drastic and miraculous change – happens. Even people who are walking towards Christ, while yet imperfect, often become wonderworkers in their own right, and as long as they stay aware of Him and of their own state, they become those great historical figures and heroes through which hints of the Kingdom of God can be glimpsed. They become truly free. Scandalous, yet delightful, honest, clean, pure, and beautiful.

This happened in Portland, Oregon over the weekend. Steve Turley tells the story in the video below. Watch it until the end.

Jesus Christ is King of All, and now, at least one more man knows it with all his heart. That victory can never be overthrown by AntiFa or BLM or Joe Biden or any liberal secularist. They know it, too. That is why they hate us so much… because they know they cannot beat Christ, and they cannot beat eternity.