Thousands of migrants are stranded at the Belarus-Poland border, with Belarus and Russia performing military demonstrations amid rising tensions in the region, CNN reported Friday.

Up to 2,000 people are trapped between Poland and Belarus, enduring hunger and hypothermia in the freezing forests and camps along the border, CNN reported. The number of migrants at the border has the potential to grow to 10,000 people in the near future if the situation doesn’t change, according to Belarusian authorities.

Russia and Belarus held joint paratrooper drills near Poland on Friday, described by the Belarusian defense ministry to be “in connection with the buildup of military activity near the state border of the Republic of Belarus,” CNN reported. (RELATED: ‘Trying To Strangle Us’: President Of Belarus Lashes Out After He Diverted Flight, Arrested Journalist)

On the other side of the border, 15,000 Polish soldiers have been deployed in recent days, CNN reported. Ukraine has also scaled up security, announcing military drills with 8,500 servicemen and 15 helicopters near its Polish and Belarusian borders on Thursday. 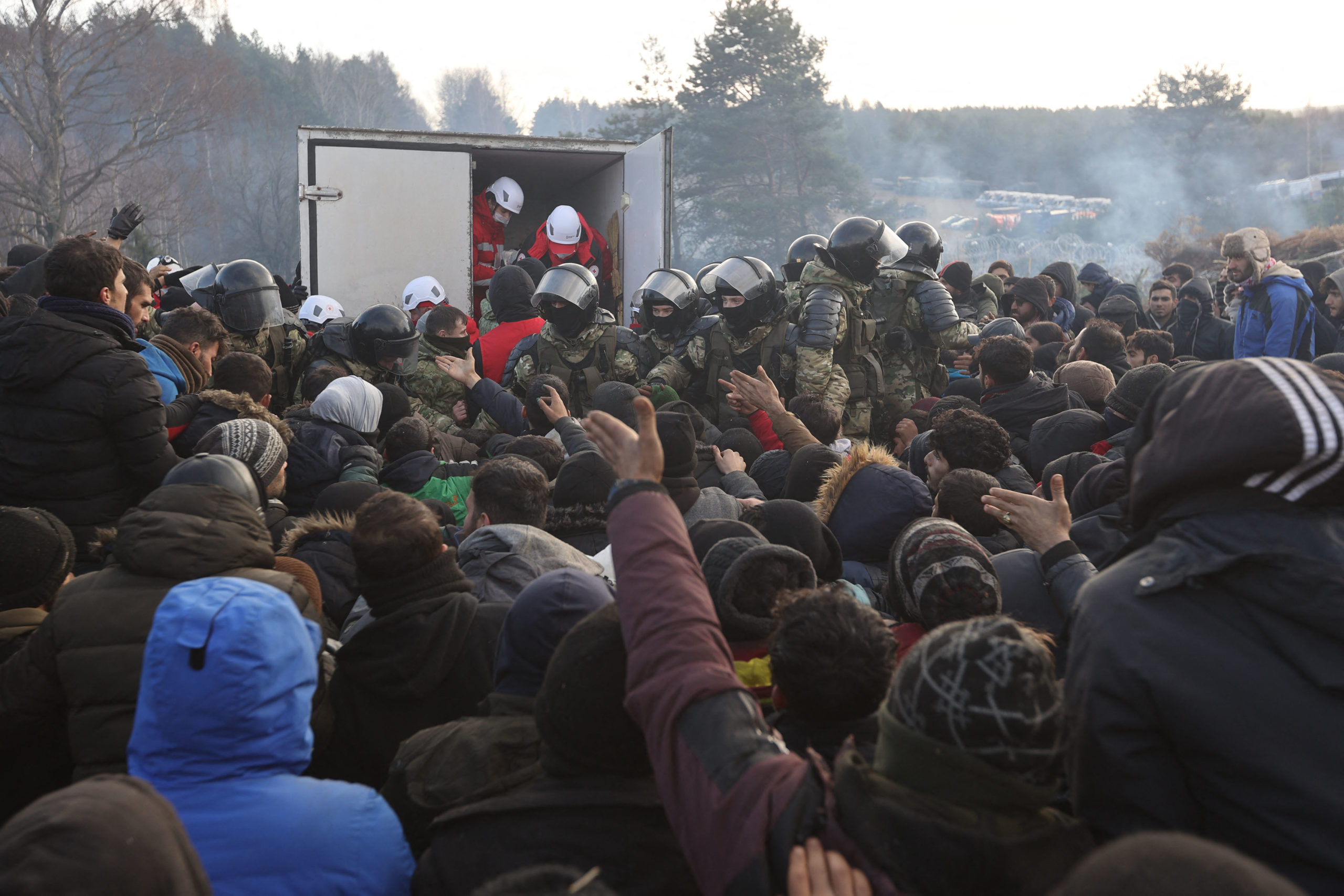 Migrants gather to receive humanitarian aid in a camp on the Belarusian-Polish border in the Grodno region on November 12, 2021. (Photo by RAMIL NASIBULIN/BELTA/AFP via Getty Images)

The U.S., European Union and NATO have accused Belarusian President Alexander Lukashenko of manufacturing a migrant crisis at the border. Western leaders say the move is in response to sanctions placed against his regime for violating human rights.

Russia has continued to defend Belarus’ handling of the situation and deny any involvement in its creation, CNN reported. The country, which is Belarus’ most important ally, flew two long-range Russian Tupolev Tu-22M3 supersonic long-range bombers over Belarusian airspace both Wednesday and Thursday.

Secretary of State Antony Blinken said Wednesday that he was “concerned by reports of unusual Russian military activity” and suggested Russia could be “attempting to rehash” its invasion of Ukraine in 2014. Russia responded by calling his words “empty, groundless escalation of tensions,” CNN reported.

Cotton: We Should Provide As Much Support to Taiwan as We Are to Ukraine, ‘China Is a Bigger Threat Than Russia’