Three Denver police officers and two paramedics were indicted on manslaughter charges in connection with the death of Elijah McClain, the Associated Press reported Wednesday.

Aurora police officers placed 23-year-old McClain in a chokehold and fire paramedics injected the black man with a sedative on Aug. 24, 2019, he died shortly after, the AP reported. Each of the five officials involved in the incident face one count of manslaughter and one count of homicide and two of the police officers face additional charges of second-degree assault. 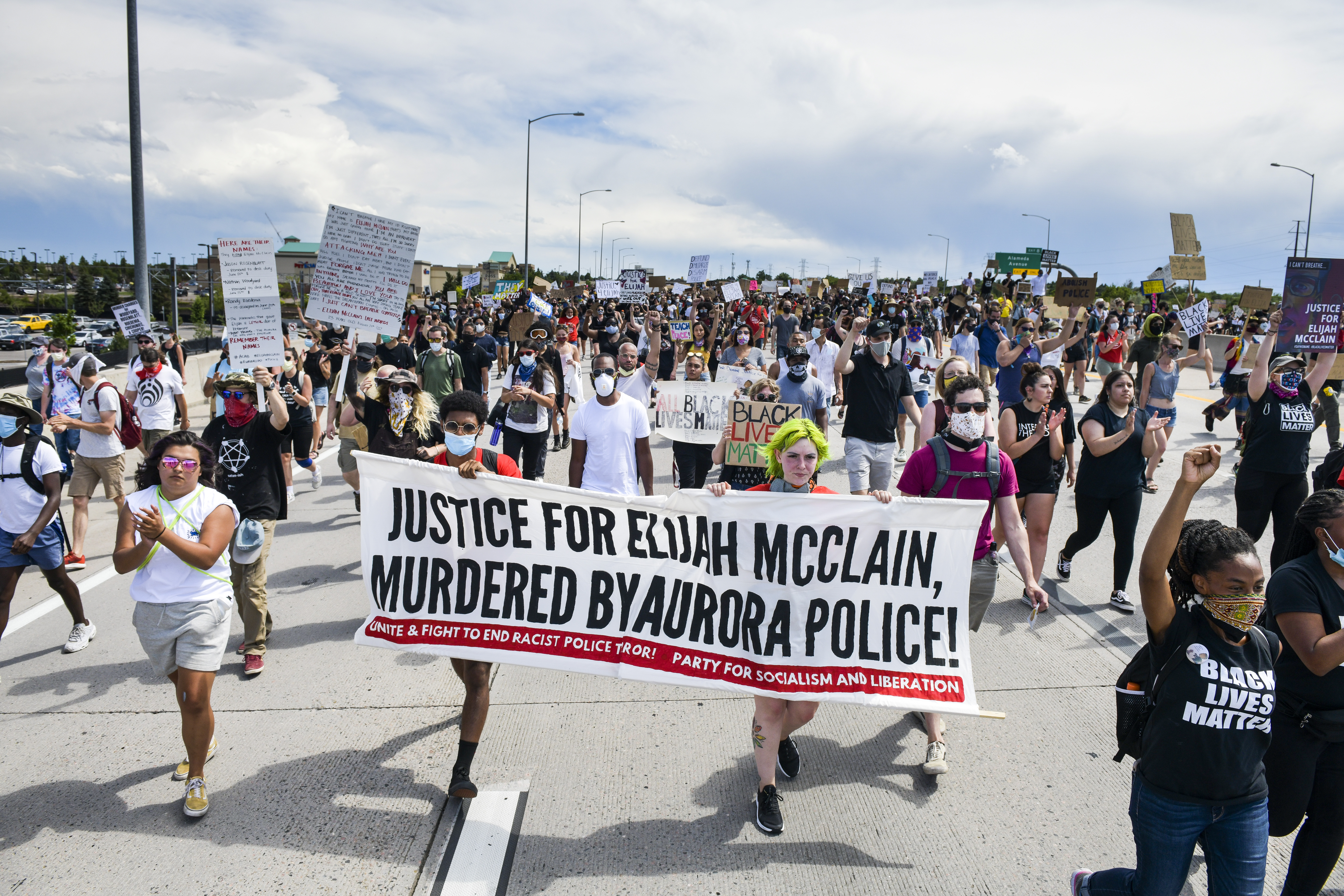 People shut down I-225 in both directions as they demand justice for Elijah McClain on June 27, 2020 in Aurora, Colorado. (Photo by Michael Ciaglo/Getty Images)

McClain told the officers who responded to the 911 call reporting a suspicious man walking down the street and wearing a ski mask, “I’m just different,” body camera footage of the incident shows, according to the AP. McClain’s family and friends said he wore the mask because he frequently got cold and described him as a gentle introvert, who worked as a massage therapist and played the violin for shelter cats.

The Aurora Police Association told the AP there’s no proof that law enforcement officials killed McClain and several agencies have opened investigations into McClain’s death including the FBI and Department of Justice. A district attorney wouldn’t allow the officers involved in the incident to be charged in 2019 since an autopsy didn’t show the cause of McClain’s death.

The city of Aurora’s review of the incident couldn’t find a reason why the officers stopped McClain, the AP reported. An officer told McClain, “I have a right to stop you because you’re being suspicious,” and then to “relax, or I’m going to have to change this situation.” (RELATED: Officers On Leave After Photos Surface Of Them Near Where Elijah McClain Died)

McClain asked the officers to let him go and said he was trying to stop his music so he could hear them, according to the AP. The officer’s body cameras detached from their uniforms as they struggled with McClain in the grass and they said he grabbed one of their guns.

Body camera footage showed McClain handcuffed and lying in the grass before paramedics arrived and reportedly injected him with more ketamine than needed for his weight, according to the AP. McClain stopped breathing five minutes later, he was placed on life support and later declared brain dead.