The endorsements from these Obama officials could provide much-needed support for the 2020 presidential candidate as he struggles to gain votes from black voters.

Love, who is himself black, emphasized Buttigieg’s age, saying it makes the 37-year-old South Bend mayor a more desirable candidate.

“With the average age of the U.S. House at 57, and the average age of Senate at 62, the younger generation needs to take a more active participation in the leadership and the direction of this country. Pete can galvanize a new electoral body that is a more accurate representation of what America actually is,” Love said, according to Fox.

“A lot of what is said about Pete echoes what critics said about presidential candidate Barack Obama – too young, too different, maybe another time – but I believe there is never a better time to fight for change than right now,” Love added.

The Obama administration officials’ endorsements came only a day after the largest group of progressive veterans in the United States endorsed Buttigieg.

“We are PROUD to endorse Mayor Pete Buttigieg for President, today, on behalf of our 700,000 veterans, military families and civilian supporters,” VoteVets tweeted Thursday. “Pete has the experience to lead, and what it takes to beat Donald Trump!”

We are PROUD to endorse Mayor @PeteButtigieg for President, today, on behalf of our 700,000 veterans, military families and civilian supporters. Pete has the experience to lead, and what it takes to beat Donald Trump! Read more here: https://t.co/uBYdWeU3GE pic.twitter.com/4qgEZLagYu

“In uniform, I learned that when Americans from different backgrounds are brought together for a common purpose, we form the strongest fighting force in the world,” Buttigieg reportedly said when accepting the endorsement from VoteVets. “I’m honored to have this endorsement from my fellow veterans as we seek to take on our nation’s most urgent challenges and pick up the pieces and put the country back together after Trump.”

The Buttigieg and Biden campaigns did not yet respond to requests for comment from the Daily Caller News Foundation.

Gavin McInnes Warns, The Civil War’s Next Wave Is Here

Gavin McInnes joins The Alex Jones Show to break down what to expect in the coming days. 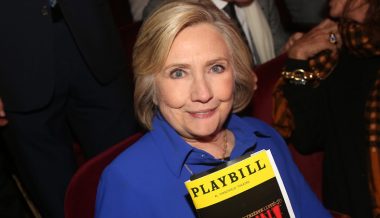 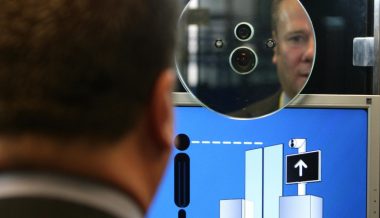