TOKYO — The 2020 Tokyo Games kicked off on Friday with virtually no spectators, a reduced contingent of athletes, and subdued performances to acknowledge the ongoing COVID-19 pandemic, which delayed the Olympics by a year. The opening ceremony included a moment of silence for the 4 million people who have died in the pandemic.

Brisbane will host the 2032 edition of the Olympic and Paralympic Games, it has been announced, following an ‘uncontested vote’ in Tokyo. It will see the Games return to Australia for the first time since Sydney 2000. 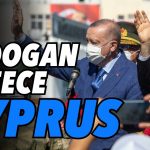 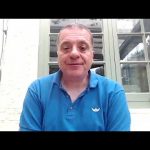 Gordon Chang to Newsmax: Hypersonic Missile Attack Would Have No Warning

One dead, seven wounded in shooting at Grambling State

First of over 200 bodies being exhumed from Lugansk mass grave. One of Obama’s atrocities.