Footage shows a transgender individual threatening to fight an employee for “misgendering” him at WSS Shoes outside Los Angeles.

The transgender person filming the incident said he was walking near the exit door with a pair of shoes in hand when an employee ran up to him “like he was gonna tackle me.”

“I had to let him know he was not gonna tackle me because I’m a man just like him and we can do whatever we need to do to get it all said and done with,” he continued.

After nearly five minutes of asking the employee, “You still wanna fight sir?” and ranting to the camera about being “a transgender in America trying to make it,” the enraged customer reluctantly purchased the shoes he came to buy.

Upon leaving the store, the customer once again said, “I’ll be in the parking lot, ready to fight,” to which the employee responded, “Have a good day sir.”

Despite previously announcing, “I’m a man,” the rowdy customer became furious over being “misgendered” when the employee called him “sir.”

“A sir don’t walk around nowhere with no goddamn titties and ass on they back,” the customer exploded.

“Take these motherfuckers back,” he told a female employee behind the cash register.

Continuing to shriek in the middle of the store, the customer said, “Any bitch that walk up in here that call themselves LGBTQ community, trans or whatever will not be disrespected and called sir!”

Next, the triggered tranny yelled, “Go get back on the goddamn banana boat and go where you came from motherfucker!”

The insult was directed at the Hispanic employee who “misgendered” him.

This video shows how insane the left’s war on language is making people – and it won’t be the last or worst example we see. 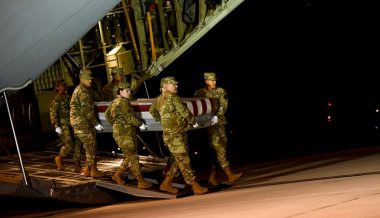 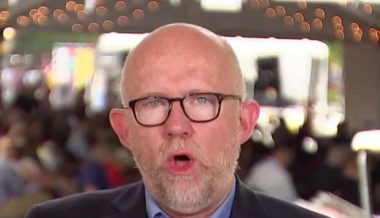