President Trump and Putin’s 3rd call in three days on April 12 not only involved lengthy discussions on the important matter of oil price adjustments, and COVID-19 response coordination but also the extremely important, yet often overlooked matter of space cooperation.

This topic is more important at this moment of breakdown crisis of the financial system than most people realise and for that reason I’d like to say a few words about that here. 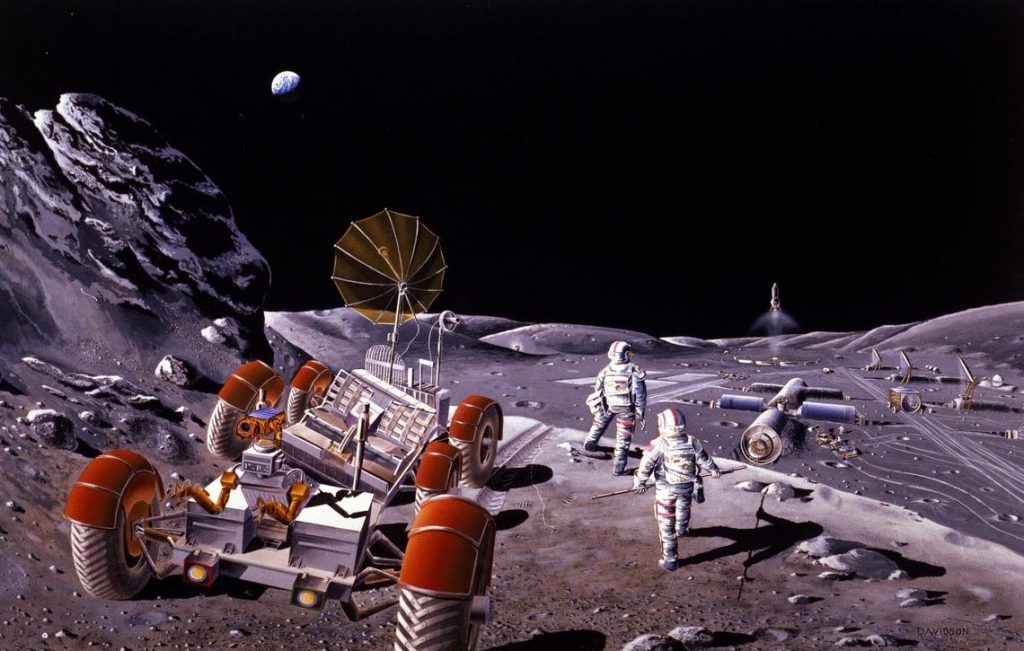 is very much akin to a new 9/11 operation pre-designed in the bowels of Anglo-American intelligence and banking circles to usher in policies one could only describe as fascist that a normal population would resist in a heartbeat… under normal circumstances where medical martial law was not in place.

What you may not be aware of however, is that there is not one single “new world order” agenda, but two opposing paradigms currently clashing over what the terms and conditions of the new world system will look like. Only one of those two paradigms is in any way compatible with your life and those lives of your children, family and nation.

Are you a Malthusian… or a Human?

If you happen to be a Malthusian, depopulation-loving oligarch (or a technocratic ass-licking courtier vying for a position in the new system), then you might really enjoy the idea of using the current crisis to impose a new global “Green governance” agenda onto humanity. Since sovereign nation states represent structures designed to protect people from your imperial system, you’d probably want to get rid of those too, and as for creative thought… new discoveries which upset the “equilibrium” of the system you seek to control like a god… well, those pesky things should somehow be done away with too if possible. The system that you would want to support is distinctly “closed” (ie: it is premised upon obedience to fixed limits to existence on every level physical, spiritual and intellectual).

If you should however find yourself in the other camp and realize that you are endowed with a heart, conscience and powers of sovereign thinking, then you probably have more of an interest in supporting the newly emerging system of “open system” economics, multi-polarism and win-win cooperation. Open system economics, if you haven’t guessed, simply means a system without any presumed absolute limits to growth. It means acting upon the principle that human creative reason is more important than all material factors of life (biological and environmental) and is humanity’s actual species identity. This concept, IF it is true, means that humanity is distinguished from all other species of the biosphere by being endowed with the unique power of leaping beyond our “limits of knowledge” and manifesting that enlarging metaphysical sphere of knowledge into the material world through scientific and technological progress! If this is our true nature, then the behaviour of money and how we define “value” in our new economic system should undoubtedly reflect this fact of life.

Perhaps you were not aware, but this potential for a multi-polar world order defined by “open system” practices does still exist, and the fact of its very existence keeps many an oligarch up at night.

If you are confused about which one of the two personality types you fall into, please take 20 minutes and watch the following video as you contemplate your answer:

This is why the topics of space cooperation discussed between Presidents Putin and Trump on April 9, 10, and 12 are so much more important than most people realise.

Putin, Trump and Xi… Vectoring on a Common Paradigm

While full details have not yet been released, the timing of this topic’s discussion to the earlier April 6 executive order signed by Trump to accelerate American lunar, asteroid and mars mining programs is no coincidence. Both Trump and Putin have made space exploration and constructing permanent scientific bases and industrial mining activities on the Moon national priorities with Russia having even signed a September 2019 bilateral agreement with China to jointly develop lunar bases, and space missions for the next decade. Both NASA and Roscosmos have also made asteroid defense national priorities with the heads of both agencies coordinating closely on this vital program for human survival (the vast majority of highly destructive near earth objects orbiting in earth’s vicinity have yet to be discovered and ZERO infrastructure has been brought online to do anything about a collision even if we had a years’ notice).

Before speaking with Trump on April 10, Putin addressed the International Space Station occupied by American and Russian astronauts via video conference saying:

“We are pleased that our specialists are successfully working under the ISS program with their colleagues from the United States of America, one of the leading space powers. This is a clear example  of an effective partnership between our countries in the interests of all mankind.”

“I believe that even now, when the world is confronted with challenges, space activities will continue, including our cooperation with foreign partners, because mankind cannot stand still but will always try to move forward and join forces to advance the boundaries of knowledge… despite difficulties, people sought to make their dream of space travel come true, fearlessly entered the unknown and achieved success.”

If genuine international goals like ending world poverty, exploration of the unknown and cooperation on asteroid defense are on the table then perhaps the new system which will replace the collapsing world order may actually be one worth living in. Perhaps, as we expand human activity beyond the limits of the small blue marble spinning around our local star (which will certainly go supernova some day), we may find out that our true nature is something more than any Malthusian would have ever dreamed. Perhaps in leaping into the unknown, we might discover that our true freedom is premised less upon our ability to “do whatever we want” and more on our capacity to discover and abide by the laws of creation. Perhaps as we do this we might demonstrate as a living experiment that humanity was always made in the living image of the creator and not merely destined to the pitiful fate of a talking monkey fighting over diminishing returns under the thumb of a ruling master-class of “alphas”.

Matthew Ehret is the Editor-in-Chief of the Canadian Patriot Review , a BRI Expert on Tactical talk, and has authored 3 volumes of ‘Untold History of Canada’ book series. In 2019 he co-founded the Montreal-based Rising Tide Foundation and can be reached at [email protected]