The 2020 Trump campaign has sued the New York Times for libel over a March 2019 opinion piece by former executive editor Max Frankel which peddled “as fact a conspiracy with Russia.”

The lawsuit asserts that the article, “The Real Trump-Russia Quid Pro Quo,” describes how there didn’t need to be direct evidence of collusion between Trump and the Kremlin – as benefits to Russia from Trump’s election would be an obvious shift in foreign policy from a potential Hillary Clinton presidency.

“Today the President’s re-election campaign filed suit against the New York Times for falsely stating the campaign had an ‘overarching deal’ with ‘Vladimir Putin’s oligarchy’ to ‘help the campaign against Hillary Clinton’ in exchange for ‘a new pro-Russian foreign policy, starting with relief from … economic sanctions,’” said Jenna Ellis, Senior Legal Adviser to Donald J. Trump for President.

“The statements were and are 100 percent false and defamatory,” said Ellis, adding “The complaint alleges The Times was aware of the falsity at the time it published them, but did so for the intentional purpose of hurting the campaign, while misleading its own readers in the process.” 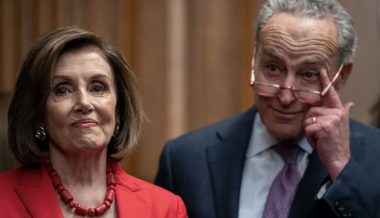