Following months of politicking, and a friendly nudge from Mexicos’ AMLO earlier in the week, House Democrats appear to have satisfied labor’s demands and have agree to ratify the USMCA trade deal that President Trump reached last year with Canada and Mexico to replace NAFTA.

The AFL-CIO announced Tuesday it would back the trade agreement, something that would give more cover for Democrats to support it.

“Working people are responsible for a deal that is a vast improvement over both the original NAFTA and the flawed proposal brought forward in 2017,” AFL-CIO President Richard Trumka said.

“For the first time, there truly will be enforceable labor standards — including a process that allows for the inspections of factories and facilities that are not living up to their obligations.”

Raping Of The West’s Economy

Dr. Nick Begich breaks down the booming middle class in Asia and exposes how the west’s economy has been systematically transferred eastward to allow for this financial boom, especially in China.

Speaker Pelosi proudly proclaimed her victory this morning – notably mentioning Trumka numerous times but not mentioning Trump once – that the deal she agreed was “infinitely better” than the original agreement made by Mr Trump, particularly on enforcement of labor standards in Mexico.

The deal is expected to pass with strong bipartisan support in both chambers.

As The FT notes, the move towards a green light on Capitol Hill will be touted as a big win for the White House heading into the 2020 presidential campaign. Trump tweeted this morning:

“America’s great USMCA Trade Bill is looking good. It will be the best and most important trade deal ever made by the USA. Good for everybody — Farmers, Manufacturers, Energy, Unions — tremendous support. Importantly, we will finally end our Country’s worst Trade Deal, Nafta!”

Notably, the peso and loonie barely budge on the news this morning.

These are the officials that represent you in Congress. 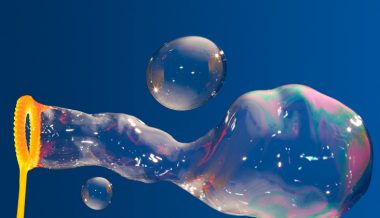 The Meng Wanzhou Affair: For the US a Brief Geopolitical Victory,...