One day after an Iranian rocket appeared to explode on its launchpad, President Trump denied U.S. responsibility Friday for the extensive damage and released an unusually detailed aerial photo of the debris-strewn launch site.

His denial seemed geared to limit speculation that the explosion was caused by a cyberattack, an increasingly common but normally covert mode of attack that U.S. forces have used against Iran in the past.

The United States of America was not involved in the catastrophic accident during final launch preparations for the Safir SLV Launch at Semnan Launch Site One in Iran. I wish Iran best wishes and good luck in determining what happened at Site One. pic.twitter.com/z0iDj2L0Y3

In his tweet, Trump appeared to reach out to officials in Tehran after months of mounting tensions. “I wish Iran best wishes and good luck in determining what happened,” he wrote.

But the tweet also carried a surprise — a high-resolution reconnaissance image of the damaged Imam Khomeini Space Center in northern Iran, with annotations identifying damaged vehicles and scorched facilities.

MSNBC host Lawrence O’Donnell tried to weasel his way out of reporting fake news about President Trump colluding with Russian oligarchs, by ‘apologizing’ on air Thursday night. However, Eric Trump says it’s too late, and warned O’Donnell that he will face legal action over the slur. 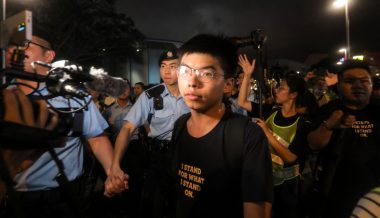