President Trump says he cancelled his trip to Denmark because he felt its prime minister was disrespectful to the United States.

The president was referring to Prime Minister Mette Frederiksen’s statement that the idea of Denmark selling Greenland to the US was “an absurd discussion.”

“I looked forward to going, but I thought that the prime minister’s statement that it was ‘absurd,’ that it was an ‘absurd’ idea was nasty,” he said. “I thought it was an inappropriate statement.”

“All she had to do is say we wouldn’t be interested.”

He said he won’t allow the US to be treated “the way they treated us under Obama.”

“I thought it was a very not nice way of saying something,” he continued. “She’s not talking to me, she’s talking to the United States of America.”

“You don’t talk to the United States that way, at least under me.”

Previously it was reported that Denmark subsidies Greenland with over a half-billion dollars every year.

“Many Greenlandic politicians reckon that new revenue streams from mining and tourism can help to wean the territory off Danish handouts.”

The “new revenue streams” the article is referring to is actually from Chinese investment – and China has a strategic geopolitical interest in the Arctic, which explains why President Trump is interested in buying Greenland.

China claimed it’s an “near-Arctic state” in its official Arctic Policy released last year and aims to create a “Polar Silk Road” in a partnership with Russia that would grant China an economic boost in the region.

“China aims to participate ‘in the exploration for and exploitation of oil, gas, mineral and other non-living resources’ in the Arctic,” reported The Diplomat. “However, the white paper also places a particular emphasis on nontraditional energy sources: ‘The Arctic region boasts an abundance of geothermal, wind, and other clean energy resources,’ the paper said, ‘China will work with the Arctic States to strengthen clean energy cooperation.’”

US lawmakers have also declared that the Arctic “is a region of strategic importance to the national security interests of the United States.”

“…The Department of Defense must better align its presence, force posture, and capabilities to meet the growing array of challenges in the region,” reads Section 1099T of the proposed National Defense Authorization Act for Fiscal Year 2020. “…Although much progress has been made to increase awareness of Arctic issues and to promote increased presence in the region, additional measures, including the designation of one or more strategic Arctic ports, are needed to show the commitment of the United States to this emerging strategic choke point of future great power competition.” 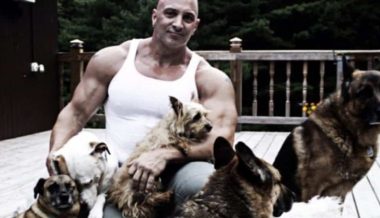