In a fairly blunt warning to the NATO ally, US President Donald Trump vowed to “obliterate” the Turkish economy if he thinks it’s stepped out of line in Syria. He then told Ankara to “watch over” ISIS fighters in the US’ absence.

“If Turkey does anything that I, in my great and unmatched wisdom, consider to be off limits, I will totally destroy and obliterate the Economy of Turkey (I’ve done before!)” the president threatened via tweet on Monday – an odd turn of phrase for what otherwise seemed like a dire warning to a supposed ally.

Trump called for Turkey to join “Europe and others” in “watch[ing] over the captured ISIS [Islamic State] fighters and families” just hours after announcing the US would finally pull out of northern Syria on Monday. The announcement triggered howls of fury from hawks in Congress and the media, as well as sudden experts in Middle Eastern politics who cried that leaving Syria would abandon the Kurds to be torn apart by Turkey.

The Pentagon “does not endorse a Turkish operation in Northern Syria,” a Pentagon statement issued on Monday clarified, stating “the US Armed Forces will not support, or be involved in any such operation.”

It warned that “unilateral action creates risks for Turkey” and advised the country to work in cooperation with its NATO allies, lest the region be “destabilized.”

While Turkey considers the Kurdish YPG militia an extension of the banned terrorist group PKK, the US has been arming and protecting the Kurds for years – and, as Trump pointed out in his earlier announcement, paying them “massive amounts of money and equipment.”

The Kurds have begged for US protection from Turkish “invasion” and “occupation,” wary of Ankara’s plans to resettle some 3.6 million Syrian refugees currently living in Turkey in a “safe zone” in the northeast. While Turkey had originally negotiated with the US regarding the creation of the safe zone, Ankara warned last month that if Washington continued to stall the process it would establish the zone alone. Damascus, meanwhile, has slammed both states as illegal occupiers.

The US has repeatedly clashed with its NATO ally Turkey over its refusal to toe the line by alienating US rivals. Turkish President Recep Tayyip Erdogan declared last month that he has no intention to stop purchasing oil and natural gas from Iran despite the increasingly draconian sanctions imposed by Washington, and refused to cancel the purchase of Russian S-400 missile defense systems despite US threats of sanctions and kicking Turkey out of the F-35 fighter jet program.

Greta is just a human shield for the real agenda of the people who pull her strings. Neo-feudalism disguised as environmentalism. The raw lust for power and control disguised as right-on hipster activism. 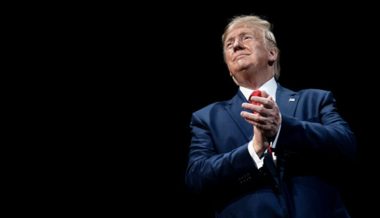 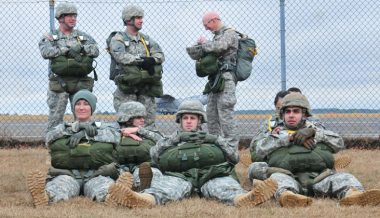