President Trump curiously referred to Christopher Wray as the “current director of the FBI,” a interesting choice of words suggesting Wray might soon be the former director.

The president’s word choice was part of a Tuesday morning tweet which accused Wray of lacking what Trump feels is necessary to clean up public perception of the FBI.

I don’t know what report current Director of the FBI Christopher Wray was reading, but it sure wasn’t the one given to me. With that kind of attitude, he will never be able to fix the FBI, which is badly broken despite having some of the greatest men & women working there!

“Current director of the FBI” doesn’t have a reassuring ring to it https://t.co/PKeNdfPfQf

Wray zestfully accepted the findings of the Horowitz Inspector General (IG) report on Monday, which was in stark contrast to Attorney General William Barr and US Attorney John H. Durham, both of whom challenged segments of the report.

In particular, Durham, who’s leading a separate investigation into potential FBI misconduct during the 2016 election, said the IG report wasn’t privy to evidence outside the Justice Department, such as wrongdoing by intelligence officials.

“Our investigation has included developing information from other persons and entities, both in the U.S. and outside of the U.S.,” Durham wrote on Monday. “Based on the evidence collected to date, and while our investigation is ongoing, last month we advised the Inspector General that we do not agree with some of the report’s conclusions as to predication and how the FBI case was opened.”

Horowitz, who was made Inspector General in 2012, was tasked with his investigation by former Attorney General Jeff Sessions who had told Congress that a special counsel to probe potential FBI abuse wasn’t necessary.

Owen Shroyer’s arrest for confronting Jerry Nadler at during the treasonous impeachment hearings against Trump has inspired Americans everywhere to stand up to the criminal politicians infesting the U.S. government. 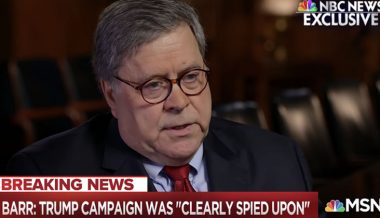 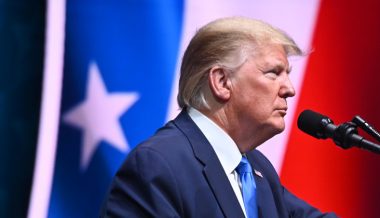