President Trump may have laid to rest any concern he was going to enact gun control via a controversial “Red Flag” law when he slammed CNN anchor Chris Cuomo’s latest meltdown.

In a single tweet, the president seemed to highlight the dangers raised by gun rights advocates who’ve been warning that “Red Flag” laws set an unconstitutional precedent for gun confiscation.

Would Chris Cuomo be given a Red Flag for his recent rant? Filthy language and a total loss of control. He shouldn’t be allowed to have any weapon. He’s nuts!

The so-called ‘Red Flag’ laws allow law enforcement to seize Americans’ guns if a court rules them at risk to themselves or others, a protocol that champions of the Constitution are slamming as a violation of the document.

“If you pass an unconstitutional law, our oaths as commissioners or myself as the sheriff — we’re going to follow our constitutional oath first,” said a Colorado Sheriff expressing disappointment in his state’s push to enact anti-gun laws last March.

Trump’s comment brings to mind what rock legend Ted Nugent said on Infowars last week when he said Trump “will do the right thing” when it comes to the Second Amendment.

“We’re in strange and extreme times right now, probably the strangest and most extreme in our lifetime, and I still stand with President Trump,” Nugent said Friday on The Alex Jones Show.

During his rant, Cuomo justified his meltdown by saying “The Godfather” character’s name is basically the “n-word” for Italians.

Cuomo: “You’re going to have a problem”

Man: “What are you going to do about it?”

Cuomo: “I’ll fuckin ruin your shit. I’ll fucking throw you down these stairs”

In the aftermath of his Monday episode, Cuomo admitted he should have behaved better despite such encounters happening “all the time.”

However, Cuomo’s ‘apology’ was not given before Twitter users could lampoon him and even call out his hypocrisy over when he displays outrage over the “Fredo” slant.

No matter what you think of this Fredo situation with Chris Cuomo this is funny. pic.twitter.com/OFl0ABHbf6

Remember when @ChrisCuomo did nothing when @ananavarro called @DonaldJTrumpJr “Fredo” on his show?

“Remember when @ChrisCuomo did nothing when @ananavarro called @DonaldJTrumpJr ‘Fredo’ on his show?” said journalist Austen Fletcher. “Twitter does!” 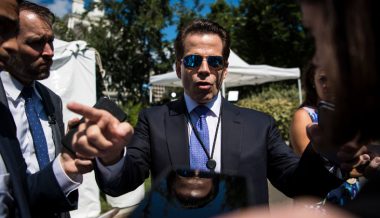 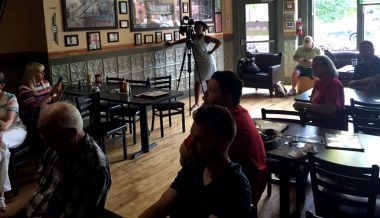