President Donald Trump is reportedly moving forward with his plan to redirect billions in military funds toward wall construction at the U.S.-Mexico border.

The Trump administration is calling lawmakers whose districts will be affected, telling them a plan to divert $3.6 billion from military construction projects to the southern border wall will be executed this week, CNN reported, citing defense officials and a letter from Defense Secretary Mark Esper.

“It is a slap in the face to the members of the Armed Forces who serve our country that President Trump is willing to cannibalize already allocated military funding to boost his own ego and for a wall he promised Mexico would pay to build,” Senate Minority Leader Schumer said in a statement, according to Politico.

The White House reallocated a number of funds since declaring an emergency at the southern border in February. 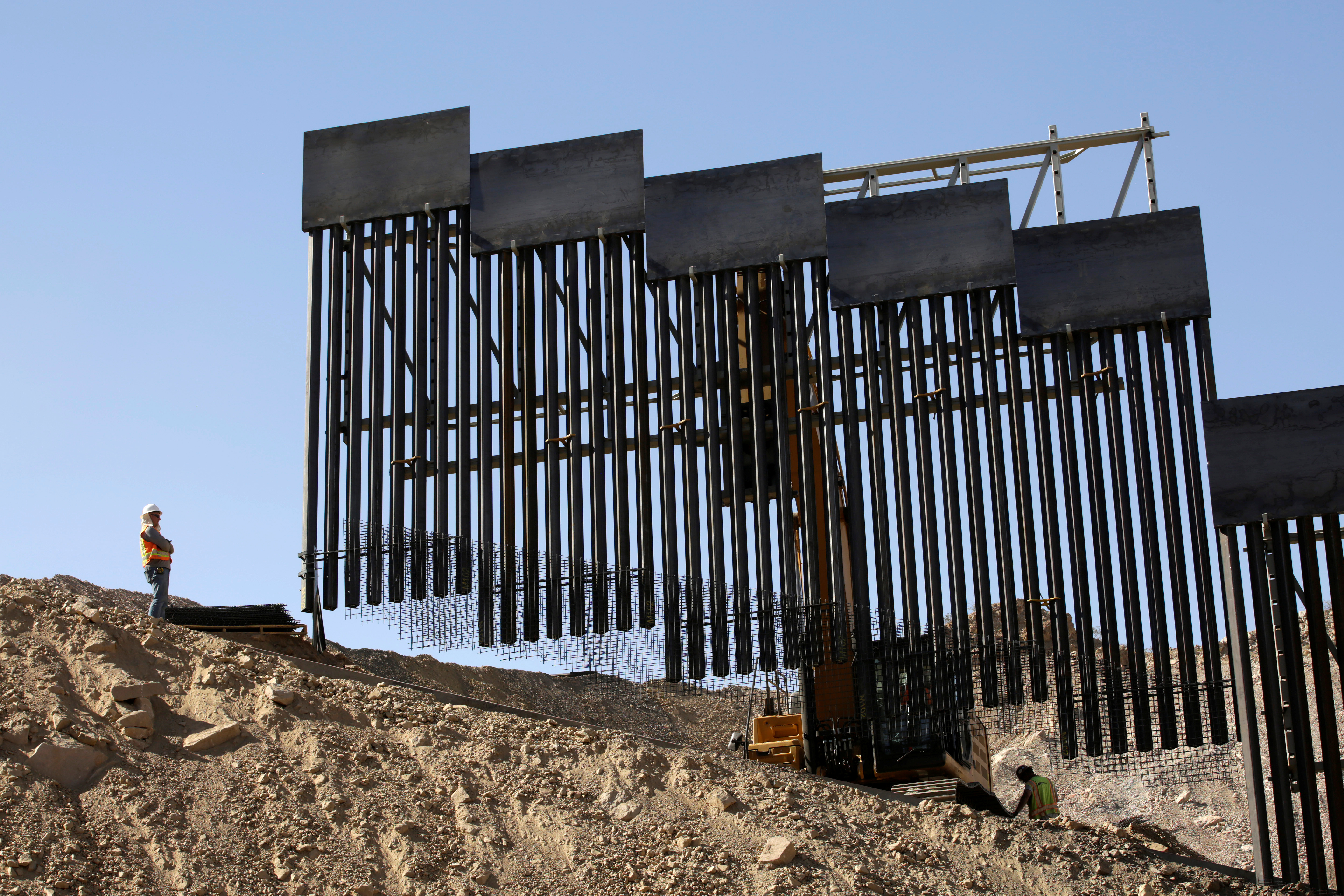 A construction crew works on a bollard-type private border wall, crowd-funded by We Build The Wall group at Sunland Park, New Mexico, as pictured from Ciudad Juarez, Mexico May 30, 2019. REUTERS/Jose Luis Gonzalez

The Department of Homeland Security revealed in August that it was reprogramming $271 million in funding for immigration enforcement. About $116 million will help the department add additional Immigration and Customs Enforcement (ICE) beds for detained migrants and the transportation of migrants to ICE detention facilities. Another $155 million is set to help fund judicial proceedings related to Remain in Mexico, a policy that keeps U.S. asylum seekers in Mexico as they await their cases to be adjudicated.

“This realignment of resources allows DHS to address ongoing border emergency crisis by alleviating the surge along the Nation’s Southwest Border while minimizing the risk to overall DHS mission performance,” Homeland Security said in an August statement at the time. (RELATED: Hundreds Of Border Patrol Agents Have Been Assaulted This Year)

Funding for wall construction along the U.S.-Mexico border has been the source of intense political battle between the Trump administration and congressional Democrats, even resulting in the longest federal government shutdown in recent U.S. history between late 2018 and early 2019. The compromise that ended the shutdown gave Trump $1.375 billion in funding for the wall, but his emergency declaration allowed him allocate billions more.

While he has been able to move forward with some construction projects, Democrats and other progressives have repeatedly sued the administration in an effort to stop progress.

The White House and Department of Defense did not immediately respond to the Daily Caller News Foundation’s request for comment.