Chief Justice John Roberts will attend Tuesday’s State of the Union address, even as he presides over the ongoing impeachment trial of President Donald Trump.

Roberts’s decision to attend is a break with his predecessor, Chief Justice William Rehnquist, who did not attend the 1999 State of the Union in the pendency of former President Bill Clinton’s impeachment trial. Justices Elena Kagan, Neil Gorsuch and Brett Kavanaugh will join Roberts in attendance.

“I don’t know if Rehnquist’s decision to skip the State of the Union in 1999 serves as a ‘precedent,’” Blackman said. “He could have skipped it for a host of reasons. The handshake between Roberts and Trump will raise some eyebrows, but it will be collegial and not inappropriate.”

Roberts has faithfully attended State of the Union speeches since becoming chief justice. A 2012 article in the Kansas Journal of Law and Policy said Roberts’s presence as leader of the judicial branch is especially important, since the courts rely largely on public trust to maintain power.

“Chief Justice Roberts’ willingness to attend the annual address strongly suggests that he recognizes the opportunity that the presence of the Court at this highly visible event provides to underscore that it is not ‘some isolated island of jealous power’ but rather a key but distinctive player in the dynamic of American government,” the article reads.

Some of Ginsburg’s recent absences were a function of illness or conflicting obligations. Trump’s 2019 State of the Union came weeks after she underwent a pulmonary lobectomy to remove cancerous nodules from her lungs. Her recovery kept her off the bench for the duration of the high court’s January sitting. She also missed Trump’s address to Congress in 2018 because she was visiting Roger Williams University School of Law in Providence, Rhode Island.

Still, she periodically attended the State of the Union when former Presidents Clinton and Barack Obama were in office. Clinton appointed Ginsburg to the bench, while the justice has been friendly with the Obamas since at least 2004. The partisan distribution of her attendance record is especially striking given general concern over the politicization of the Supreme Court. (RELATED: Justice Gorsuch Compared Nationwide Injunctions To The One Ring From ‘Lord Of The Rings’) 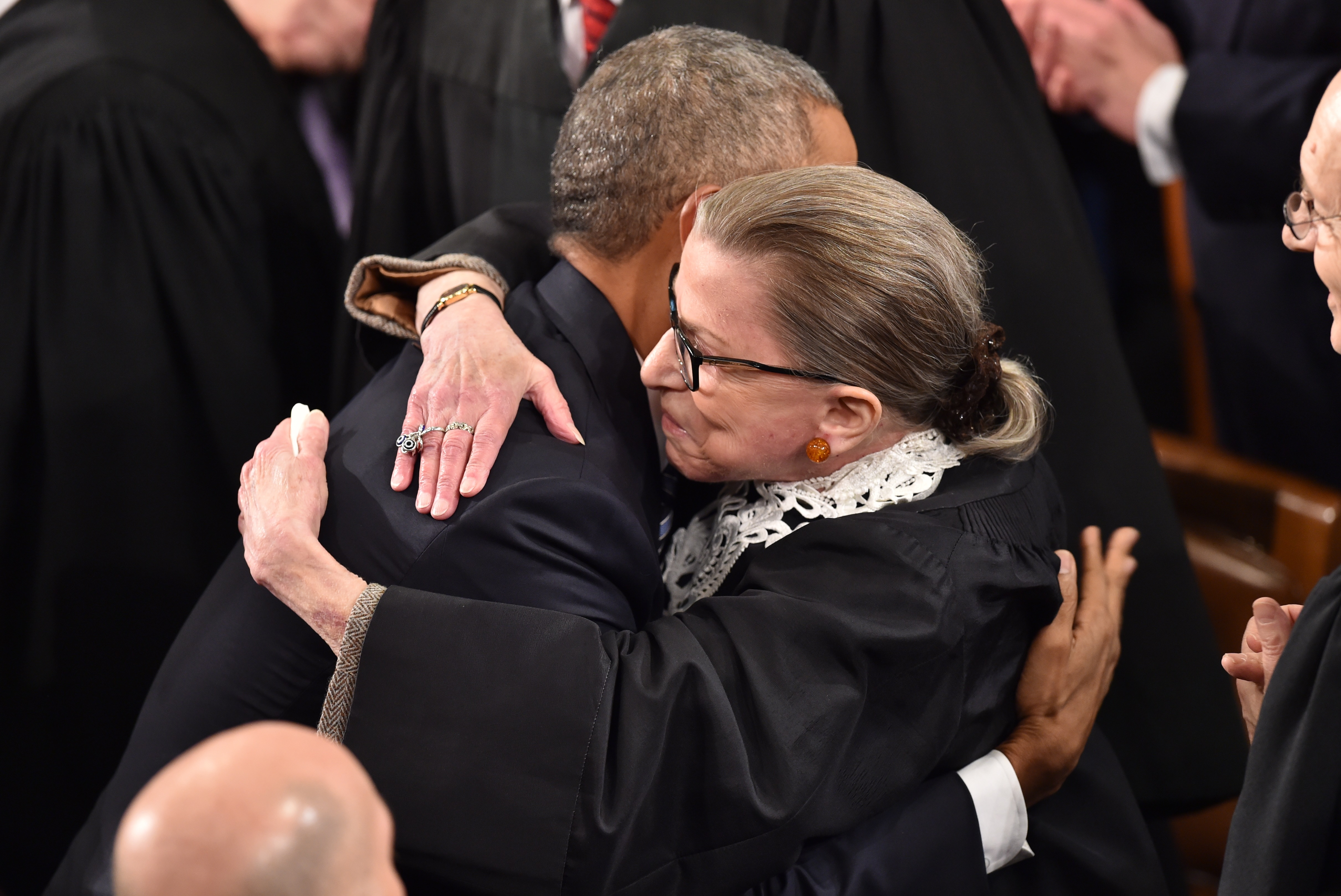 What’s more, Trump and Ginsburg have a particularly fraught history. Ginsburg called the president a “faker” during the 2016 presidential election and mused about moving to New Zealand if he prevailed. Her unprecedented political intervention was roundly criticized, and she eventually apologized for the remarks.

Gabe Roth of Fix the Court, a non-partisan judicial watchdog, cautioned that little should be made of a justice’s decision to attend or skip, especially given their peculiar role in the proceedings. The justices usually sit stoically while lawmakers applaud or boo to avoid any appearance of political favor.

“I wouldn’t fault any of them, whatever their motives, for attending or not attending,” Roth told the DCNF. “I actually feel worse for the members of the service who go in full military dress and are also expected to sit like potted plants, though it seems as if their attendance is not optional.”

Justice Samuel Alito struck a similar note during an event at the Manhattan Institute in 2011.

“For many years the more senior members of the Supreme Court — Justice [John Paul] Stevens before he retired, Justice [Antonin] Scalia — stopped the practice of attending the State of the Union addresses because they had become very political events and it’s very awkward for the justices,” Alito said. “We have to sit there like the proverbial potted plant most of the time.”