One of the more poignant moments of Barack Obama’s presidency came at the very end, in January 2017, just days before he left the White House. He awarded Vice President Joe Biden the Presidential Medal of Freedom.

Obama spoke at great length about their personal friendship and praised Biden’s leadership. In response, Biden said he knew that, no matter what, Obama would always be there for him.

Obama: “It was 8 1/2 years ago that I chose Joe to be my vice president. There has not been a single moment since that time that I have doubted the wisdom of that decision. … Joe’s candid, honest counsel has made me a better president and a better commander in chief.”

Biden: “Mr. President, you know as long as there is breath in me, I will be there for you, my whole family will be, and I know it’s reciprocal.” (RELATED: Tucker Tackles Biden’s ‘Embellished’ Biography: ‘He Was A Coal Miner’) 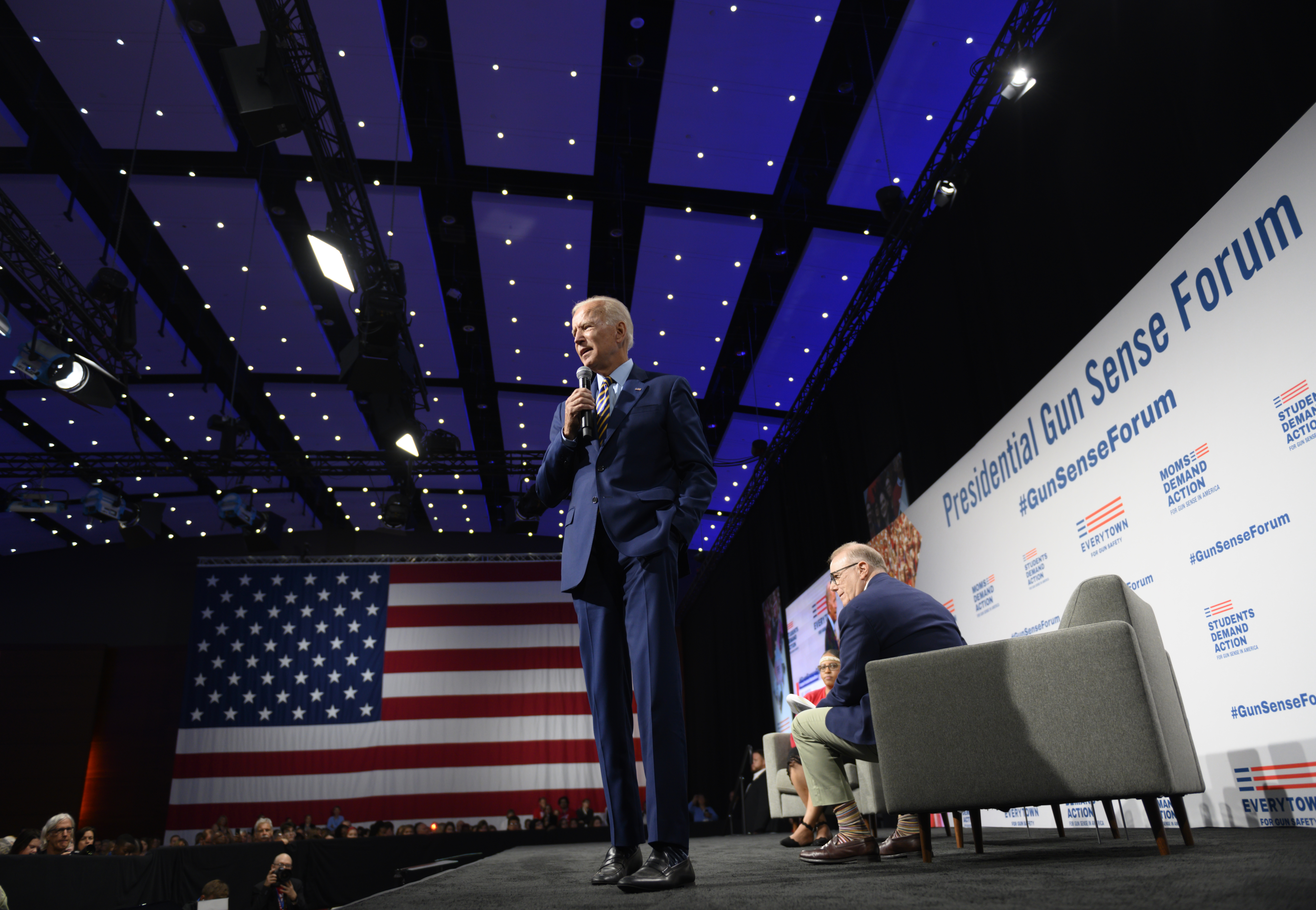 You didn’t have to love Obama to appreciate that there was something sweet about it. But it was all fake. Obama won’t be there for Biden. His internal friendship has ended and didn’t make it through the next presidential term. Instead of helping his trusted friend run for the presidency, Obama has refused to endorse Biden. According to some reports, Obama repeatedly urged Biden not to run. “You don’t have to do this,” he warned Biden. Obama, it turns out, cares about one thing: himself. He is obsessed with his political legacy. Every day that Joe Biden stays on the campaign trail, he detracts from that.

As of today, the polls say Biden is the Democratic front-runner. They tell you he has a good chance of becoming president. But don’t believe them. Officially, Biden may still be in the lead, but let’s be honest, Biden’s campaign is not a real campaign. It is a zombie effort and lurches from one blunder to another. Some catastrophe will eventually put it out of its misery.

Even Biden’s allies want him to stop speaking in public so often. Why? When people see Biden, they realize he’s not a distinguished elder statesman but a fading one. Biden thinks Cory Booker is the president of the United States. He believes the truth outweighs the facts. He thinks he was vice president during the Parkland shooting last year. (RELATED: Joe Biden Just Weighed In On Push To Pack The Supreme Court)

Mistakes like these don’t make Biden a bad person, but they do make his campaign look like what it actually is: a joke, not a serious play for the White House. If Biden were offering something real, a compelling message, he could get elected anyway, but he isn’t. He is a Democratic fossil running for a party that sees him as too male, too pale and too stale. Biden is old enough to have public views prior to the year 2008. In American politics, that makes his old policies totally unacceptable to the party’s voters. 1995 Joe Biden supported all kinds of things current Joe Biden would never admit to: a secure border, drugs off the streets, criminals in prison even. 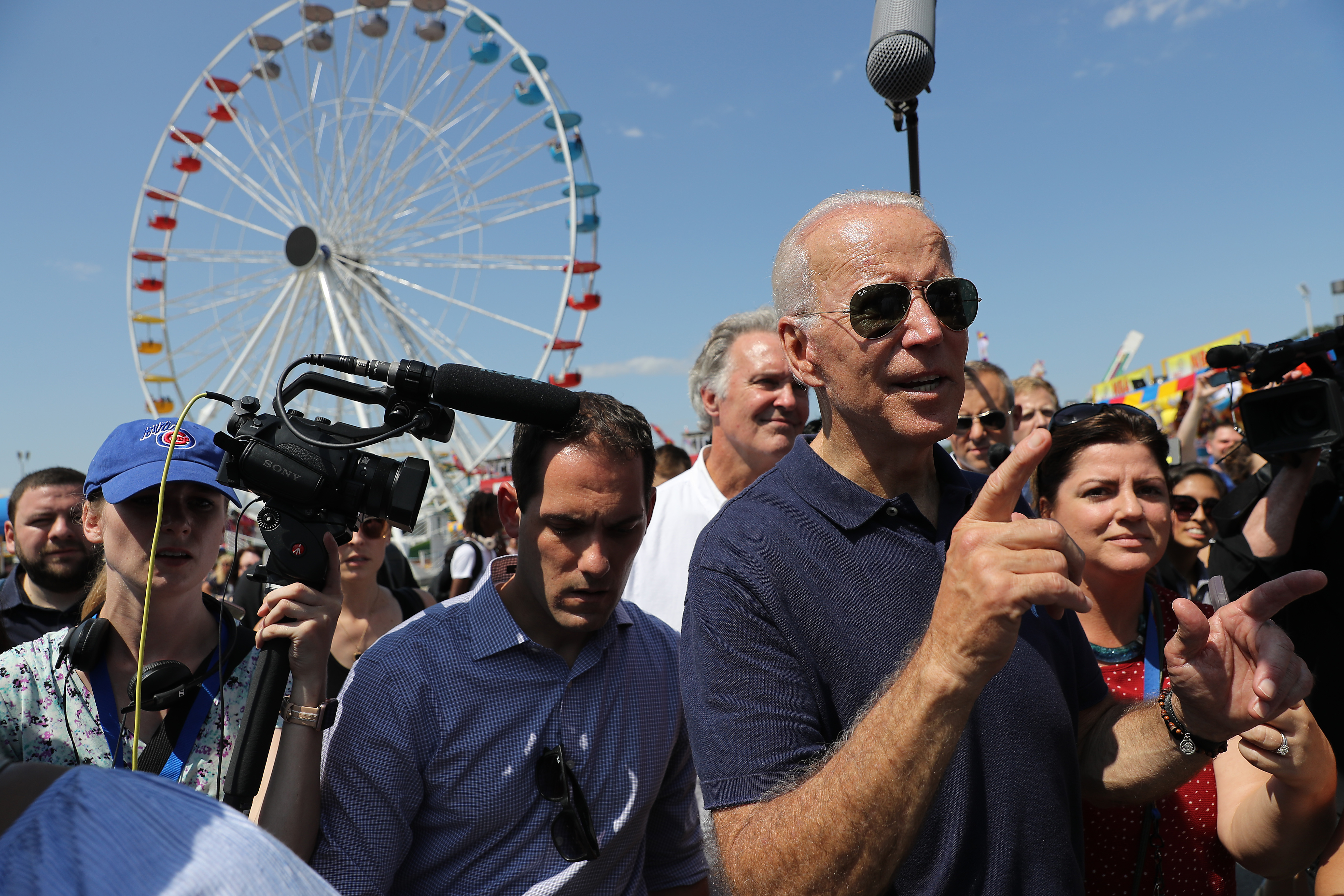 DES MOINES, IOWA – AUGUST 08: Democratic presidential candidate and former Vice President Joe Biden is surrounded by journalists as he heads for the exits at the Iowa State Fair August 08, 2019 in Des Moines, Iowa. 22 of the 23 politicians seeking the Democratic Party presidential nomination will be visiting the fair this week, six months ahead of the all-important Iowa caucuses. (Photo by Chip Somodevilla/Getty Images)

The current Democratic Party believes in protecting criminals and even celebrating them. All the energy is with the other candidates and insurgents like Elizabeth Warren, Bernie Sanders and Kamala Harris. One of these three will likely rise above the rest and take the nomination. That’s bad news if you’re Obama and all you really care about is your own cherished legacy.

Biden is expressively running as a continuation of Obama’s agenda. But that agenda has been completely eclipsed by a new radical political agenda. Now, Democrats are demanding single-payer health care, which would be free to illegal immigrants, the ones streaming over our open border with Mexico. Candidates are advocating reparations based on skin color, and the abolition of America’s history. They want to remake gender relations from the ground up. Obama could be seen as the one who paved the way for all of that. Biden could be seen as the vice president who kept it from happening sooner.

Tucker Carlson and Neil Patel co-founded The Daily Caller, one of America’s fastest growing online news outlets, which regularly breaks news and distributes it to over 15 million monthly readers. Carlson and Patel also co-founded The Daily Caller News Foundation, a nonprofit news company that trains journalists, produces fact-checks and conducts longer-term investigative reporting. The Daily Caller News Foundation licenses its content free of charge to over 300 news outlets, reaching potentially hundreds of millions of people per month. To find out more about Tucker Carlson and Neil Patel and read features by other Creators Syndicate writers and cartoonists, visit the Creators Syndicate website at www.creators.com Copyright 2019 creators.com

FACT CHECK: Did The Ukrainians Sink Another Russian Warship With Neptune Missiles?