Lawyers for Rep. Tulsi Gabbard are accusing Hillary Clinton of defamation over her remarks last month that the Hawaii Democrat is Russia’s preferred Democratic presidential candidate.

Gabbard’s attorneys are calling on Clinton to retract her statement publicly, including on Twitter, according to a letter released Monday by Gabbard’s campaign.

“Your statement is defamatory, and we demand that you retract it immediately,” Gabbard’s lawyers said in the letter, which was first reported by The Hill.

During a podcast interview in October, Clinton called Gabbard a “favorite of the Russians.”

“And I’m not making any predictions, but I think they’ve got their eye on somebody who is currently in the Democratic primary and are grooming her to be the third-party candidate. She’s the favorite of the Russians, they have a bunch of sites and bots and other ways of supporting her so far,” Clinton said.

Clinton was initially interpreted as saying that Russia was “grooming” Gabbard for a third-party run. Her spokesman, Nick Merrill, aided that interpretation in his reply to Gabbard’s response at the time.

Great! Thank you @HillaryClinton. You, the queen of warmongers, embodiment of corruption, and personification of the rot that has sickened the Democratic Party for so long, have finally come out from behind the curtain. From the day I announced my candidacy, there has been a …

Merrill responded to Gabbard’s remarks: “If the nesting doll fits.”

“This is not some outlandish claim. This is reality,” he told CNN. “If the Russian propaganda machine, both their state media and their bot and troll operations, is backing a candidate aligned with their interests, that is just a reality, it is not speculation.”

Merrill later asserted that Clinton was saying that Republicans, and not Russians, were grooming Gabbard.

“Folks, listen to the podcast. She doesn’t say the Russians are grooming anyone. It was a question about Republicans,” he tweeted.

“It appears you may now be claiming that this statement is about Republicans (not Russians) grooming Gabbard,” they wrote to Clinton.

“But this makes no sense in light of what you actually said. After you made the statement linking Congresswoman Gabbard to the Russians, you (through your spokesman) doubled down on it with the Russian nesting dolls remark.”

Gabbard has repeatedly denied that she would run on a third-party ticket if she fails to win the Democratic nomination. She is currently polling in the low single digits in the crowded field. She has also said she will not run for re-election for her House seat in 2020. 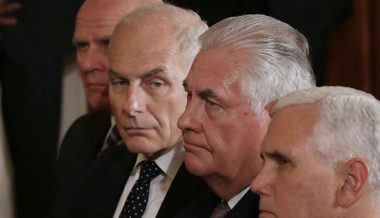