A shelling incident in Syria in which Ankara said six of its soldiers were killed may have been caused by the failure of the Turkish side to warn about the movement of their convoy, the Russian military said.

“Units of the Turkish military conducted movement within the Idlib de-escalation zone during the nighttime from February 2 to February 3 without informing the Russian side and came under fire by the Syrian government troops, which were targeting terrorists west of Saraqib,” the Russian center for Syrian reconciliation said on Monday.

The statement stressed that there are established lines of communications between Russian forces in Syria and the Turkish command. It added that Turkish aircraft did not enter the Syrian airspace after the incident, contrary to some reports in the Turkish media, which said Ankara ordered airstrikes at Syrian positions in retaliation for the shelling.

The Turkish Defense Ministry earlier reported that four soldiers were killed and nine others injured in the shelling incident. The death toll rose to six later in the day.

A scientific report from the Kusuma school of biological sciences in New Delhi explains how the Coronavirus is man-made.

Omer Celik, spokesman for Turkey’s ruling party, rejected the words of the Russian ministry, saying it was “not correct.”

“Turkey is providing regular and instant information to Russia. It also informed them of this latest event,” he tweeted. “It is not true to say information was not shared. The mechanisms in place were utilized as always.”

Kremlin spokesman Dmitry Peskov responded to the incident by stressing that Turkish and Russian military commanders are “in a constant contact” over Idlib, reiterating the military’s remarks.

Idlib governorate is a designated “de-escalation zone” under agreements between Russia, Turkey and Iran. Ankara is expected to use its influence among anti-government fighters controlling it to prevent hostilities with Damascus troops, eventually leading to a peaceful resolution. In practice, some jihadists in Idlib continue attacks at government-held parts of Syria and on several occasions launched drone attacks on the Russian air base in Latakia, ensuring continued fighting.

The previous major incident of similar nature happened in Idlib in August 2019. Three people traveling with a Turkish military convoy were reported killed and a dozen more injured by a Syrian airstrike, infuriating Ankara. Damascus said at the time that it believed the convoy was transporting weapons and ammo to jihadist forces in Khan Sheikhoun, which has since been captured by the Syrian government forces. The incident was made more confusing by Turkey’s insistence that the people hurt in it were all civilians.

Alex Jones, Mike Adams, and Tom Pappert of National File explore the facts of the pandemic and if the Coronavirus is actually man-made. 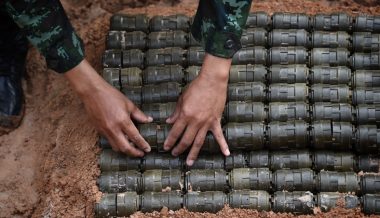 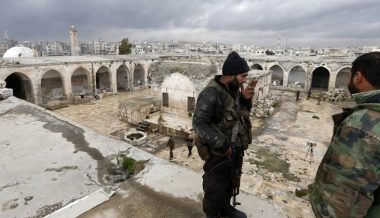