Two American fugitives were arrested in Mexico for setting a high school and Goodwill on fire, officials announced Thursday in a press release.

“Thanks to the skilled investigative work of the ATF and the tireless apprehension efforts of the U.S. Marshals Service these two defendants, who have been on the run for more than eight months, will be returned to Minnesota to face justice,” MacDonald said in the press release. 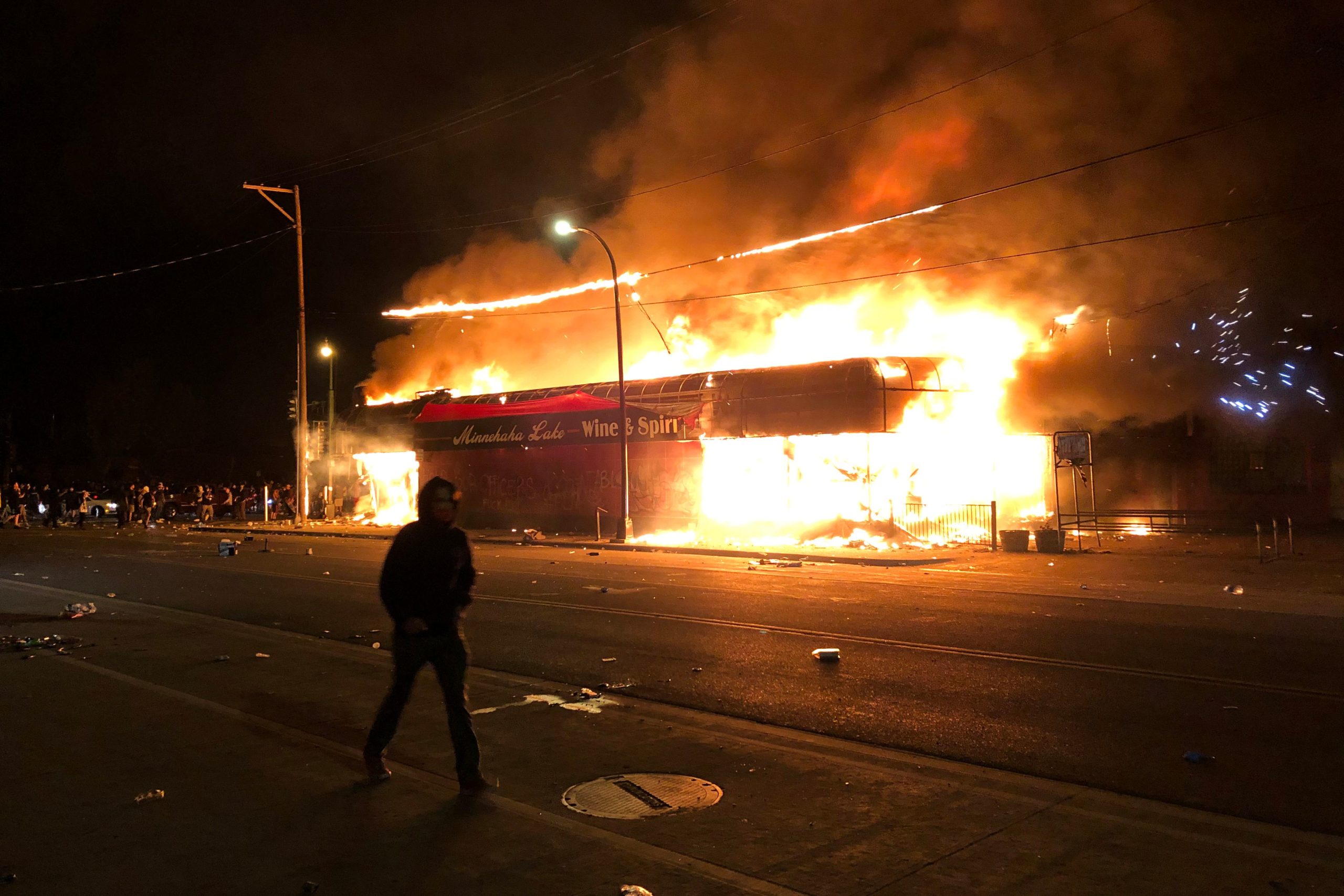 Flames rise from a liquor store near the Third Police Precinct on May 28, 2020 in Minneapolis, Minnesota (Photo by KEREM YUCEL/AFP via Getty Images)

Felan and Yousif received orders to stay in custody pending their official detention hearing, which is scheduled for Feb. 23, MacDonald announced in the press release.

Felan intentionally set a Goodwill, Gordan Parks High School and a 7 Mile Sportswear Store on fire on May 28, demolishing the buildings, the press release said. The buildings were on University Avenue in St. Paul, Minnesota and Yousif allegedly kept law enforcement from arresting Felan.

Yousif was charged over one count of accessory following the fact while Felan was charged over three counts of arson, according to the press release. The two had their first court appearances in front of a Magistrate Judge in U.S. District Court in the Southern District of California on Wednesday.