Democratic presidential candidate Joe Biden tried to do damage control against Sen. Lindsey Graham’s (R-S.C.) request for documents related to his son Hunter’s role on the board of Ukrainian energy company Burisma Holdings, saying he felt “embarrassed” for the senator.

During a CNN interview on Friday, Biden pushed back against Graham’s move, saying that Trump is “holding power over him.”

“I am disappointed. Quite frankly, I’m angered,” Biden said of Graham’s request. “He knows me. He knows my son. He knows there’s nothing to this. Trump is now essentially holding power over him that even the Ukrainians wouldn’t yield to. Ukrainians would not yield to, quote, ‘investigate Biden — there’s nothing to investigate about Biden or his son.’”

“Lindsey is about to go down in a way that I think he’s going to regret his whole life,” Biden says, adding Trump is “holding power” over him pic.twitter.com/sjNjQV7Ogp

“Lindsey is about to go down in a way that I think he’s going to regret his whole life,” he added.

Graham had told Fox News Wednesday that he would request transcripts of phone calls between Biden and Burisma founder Mykola Zlochevsky, who was arrested earlier this week for money laundering.

“I want to know if there’s any transcript or readouts of the phone calls between the vice president and the president of the Ukraine in February after the raid on the gas company president’s house,” Graham said.

“The son of Vice-President Joe Biden was receiving payment for his services, with money raised through criminal means and money laundering,” Dubinsky said. “Biden received money that did not come from the company’s successful operation but rather from money stolen from citizens.”

This reminds me of Biden’s decree to the media to silence me on September 29th.

Now a threat to a US Senator. This is getting to be more and more like my old mafia cases. They sure do sound like crooks.

Coup, Part Deux continues and even though the CIA’s Mockingbird Press is working overtime, Biden is going down. 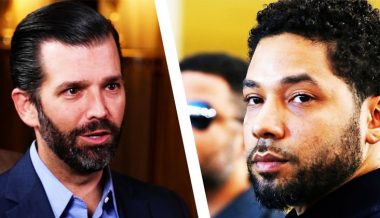