A homeless camp in California is so large that it now has private security patrolling its “streets.”

The camp under the Ninth Street bridge in Modesto is the size of several city blocks, judging from footage shot by citizen journalists, and private security guards drive around in electric carts to keep the peace.

One of the journalists says the City of Modesto is paying for not only the security, but also for several port-o-potties and hand washing stations on the site.

It’s effectively a small town given its size and amenities – and there’s actually dozens of small towns in California with populations SMALLER than this homeless camp.

Ironically, there’s even an air conditioned office which looks just like the guard station at the entrance of a neighborhood for Hollywood celebrities.

The homeless camp was originally at Beard Brook Park, but was moved not long after a man was stabbed at the camp multiple times last December.

Footage at the beginning of the video reveals the effects the nearly 500 homeless campers had on the park, including the destruction of public toilets, the still-lingering smell of human waste and the overall ghostly remains of the playground now largely avoided by residents – even after several months since the camp was moved.

“At one time this was a beautiful park, since the flooding and the homeless people living there it’s a dead zone,” said one online reviewer. “The grass is no longer green and the trees are few and far between.” 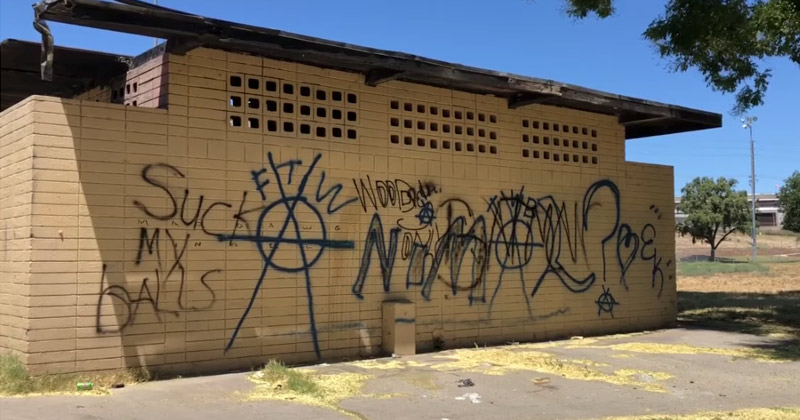 “When I was a kid this was the go to park for birthday’s as it used to have an animal carousel in the middle section that separated the two parks: Beard Brook and Children’s Park. Now there isn’t anything left of that.”

“I don’t hate the park per say, I hate what happened to it,” she added.

Interestingly, the camp is the direct result of a Ninth Circuit court ruling.

“The city opened the park to homeless campers Sept. 18 after the 9th U.S. Circuit Court of Appeals — whose jurisdiction includes California — ruled Sept. 4 that prosecuting people for sleeping on public property because there are not enough shelter beds or other alternatives amounts to cruel and unusual punishment,” reported the Modesto Bee last year. “Modesto continues to enforce its ordinances against camping in the city’s other roughly 70 parks as well as on private and other public property.”

Ninety miles west, in San Francisco, the city’s middle class is increasingly moving into ‘Glampervans’ due to the high cost of rent.

“Rob Novotny started “Glampervan” – a company that turns vans into multi-use vehicles – as a way to upgrade old-style campers, but he’s increasingly getting calls from people not looking for a place to camp, but a place to live,” ABC 7 reported. 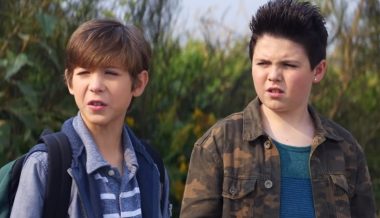