A disturbing video out of Los Angeles shows an exasperated man claim that the local government is refusing to let him remove a homeless encampment from his private property.

“We’re here at my house in West Hollywood, okay?” the man says as he walks to his back yard. “This is a tent from two homeless guys. I came home the other day and I’m like ‘hey guys you gotta go.’ Inside my fucking gate. They jumped my wall.”

Look at the homeless epidemic in Los Angeles due to failed liberal policies, high taxes, and high crime.

Police are now demanding citizens allow homeless people to camp on their private property, threatening this man with arrest if he moves them. pic.twitter.com/2uBHBCZVuj

“They got their shit everywhere. I call the cops. The cops get here and they say, ‘Hey, if you touch their shit, we’re going to take you to jail for fucking up their property.’ And I’m like, ‘Dude, it’s on MY property!’ And they’re like, ‘Doesn’t matter.’”

Though the validity of the video has not been confirmed, it nevertheless highlights the Democrats’ agenda for American landowners.

In Ohio, for example, in a bid to keep the homeless off the streets, the First District Court of Appeals ruled in 2019 that governments cannot ban homeless camps from private property.

And in Portland, Oregon, the city’s Planning and Sustainability Commission approved a motion requiring business owners to make their buildings “provide opportunities to rest and be welcome” for the homeless.

“What does it mean to rest? Am I providing a place to sleep?” asked Commission Chair Katherine Schultz.

This is just the next step in the left’s communist vision of abolishing private property in favor of the state.

“And so this is the fundamental disagreement right now, where if any journalist had an ounce of integrity, they would look Senator Sanders in the eye and they’d say, ‘Do you believe private property is a right?’”

“And he’d probably try to dance away from it, but eventually he would say no,” Kirk said. “And that’s the core debate that’s happening right now.”

How America (and the CIA) used to love Fidel, how Bernie likely attended his event in Central Park at age of 18 and became a lifelong fanatic and why do they have the best collection of cars from the 1950s? Nationalizing infrastructure, confiscating private property were the first things Fidel did — not education & healthcare (neither made progress compared to rest of Latin America) — but even Castro ran from the labels “communist” and “socialist”, unlike Bernie. 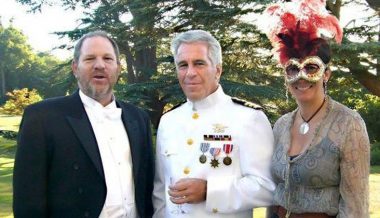 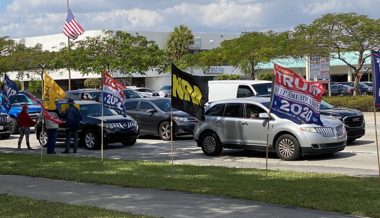