Northern Virginia Democrat and Senate Majority Leader, Dick Saslaw, has been at the center of a week-long media controversy that began when Republican Senator, Bill Stanley, published remarks he said Saslaw made to him after voting down a pay raise for Virginia’s Sheriff’s Departments.

According to a post Stanley made to his Facebook account back on February 20th, as the Senate voted to fund Virginia’s most expensive budget ever, Saslaw spearheaded a unanimous effort by Democrats to vote down an amendment funding a 3% pay raise for employees of Virginia’s Sheriff’s Departments.

Following the vote, Stanley says Saslaw approached him saying, “Hey Stanley, you want to know why your Sheriffs didn’t get a raise? — because they came to our committees and said that they weren’t going to enforce our laws.” When Stanley asked Saslaw what he was referring to, he replied, “gun control.”

“He didn’t lie…I said it,” says Saslaw. “All I said was a lot of people are upset that these people come in and say they’re not going to enforce our laws. That’s all.”

Saslaw isn’t the first Virginia Democrat to retaliate – or threaten to retaliate – against law enforcement officers who refuse to violate their oaths. As the 2nd Amendment Sanctuary movement heated up across Virginia, Democrat Representative Donald McEachin floated the idea of Governor Northam calling up the National Guard to combat resistance to gun control and confiscation legislation.

McEachin’s co-worker, Representative Gerry Connolly, wasn’t far behind, threatening to throw officers in jail should they not comply with his party’s gun control agenda.

In addition to his run-in with Stanley, Saslaw recently drew ire in the Senate when he dropped the curtain on his disdain for Virginians from outside his gentrified Northern Virginia bubble community.

The same week this month that Saslaw cast his vote against cops, it was reported that while debating an increase in the state’s minimum wage, Saslaw launched insults about the residents of Virginia’s Southwest and Southside regions.

Senate Majority Leader Dick Saslaw, D-Fairfax, said Southwest and Southside always have “woe is me” stories about increased minimum wage decimating their regions, and the regions are still standing. He said people shouldn’t have naive hopes of stitching underwear for a living.

According to Saslaw, Southwest and Southside Virginians have a “woe is me” attitude and naive hopes of stitching underwear for a living, a jab at the devastating economic impacts felt by the regions as a result of bad trade deals. Trade deals, like NAFTA, that made Saslaw’s constituents a lot of money.

Virginia Democrats threaten pension of pro-Second Amendment Sheriffs & police as the Oregon fight over carbon taxes heats up with Republicans of both houses walking out. Is secession next? 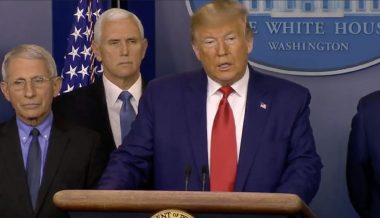 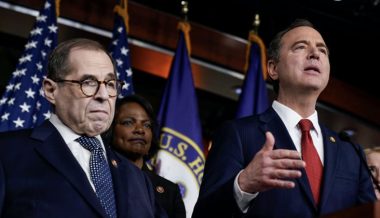