The World Health Organization (W.H.O.) revealed in its weekly Chinese coronavirus report on Tuesday that the world had experienced a four-percent drop in cases, a trend contradicted by case rises and new restrictions in China and Russia.

The Chinese state propaganda newspaper Global Times reported that seven locations in the country had reported coronavirus “flare-ups” this week, blaming them all on a tour group of elderly Chinese citizens. The mayor of Moscow announced enhanced restrictions in the city, including ordering work-from-home policies and mandatory vaccinations for some employees, on Tuesday as a result of a case rise in the country centered in Moscow. 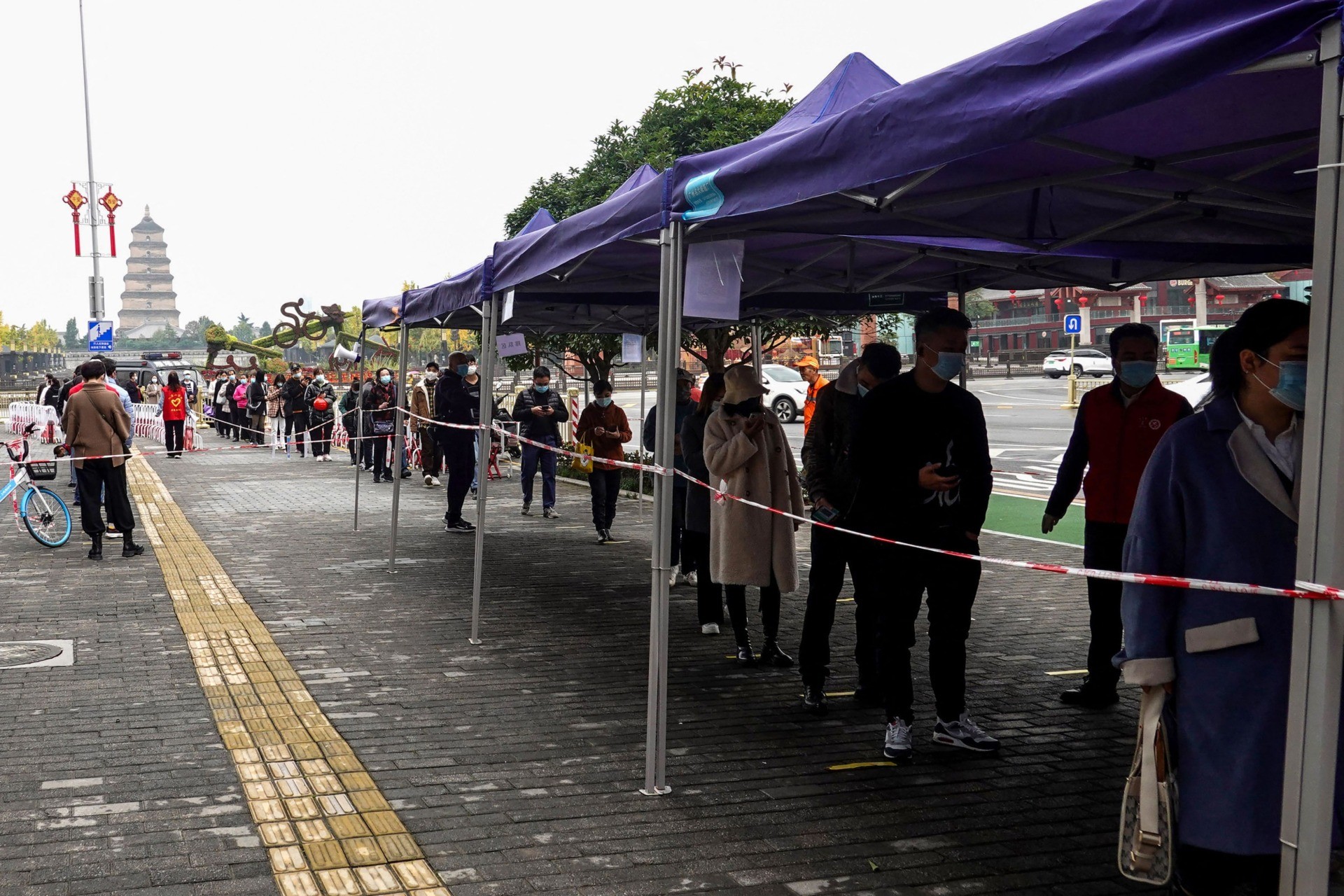 Residents queue to undergo nucleic acid tests for the Covid-19 coronavirus in Xian in China’s northern Shaanxi province on October 20, 2021. (Photo by STR/AFP via Getty Images)

The W.H.O. described the global coronavirus scenario as having “stabilized” this week and called the drop in documented coronavirus cases, and the two-percent decrease in deaths, “similar numbers as those reported last week.” It noted that Europe, the region the W.H.O. classifies Russia as part of, was the only region of the world reporting an increase in cases. The Western Pacific, the region China belongs to, documented an overall 17-percent drop in cases this week, second only to Africa. The Americas reported a 14-percent decline in confirmed cases. The Western Pacific did document a modest one-percent increase in deaths, a statistic that usually lags behind the case count. 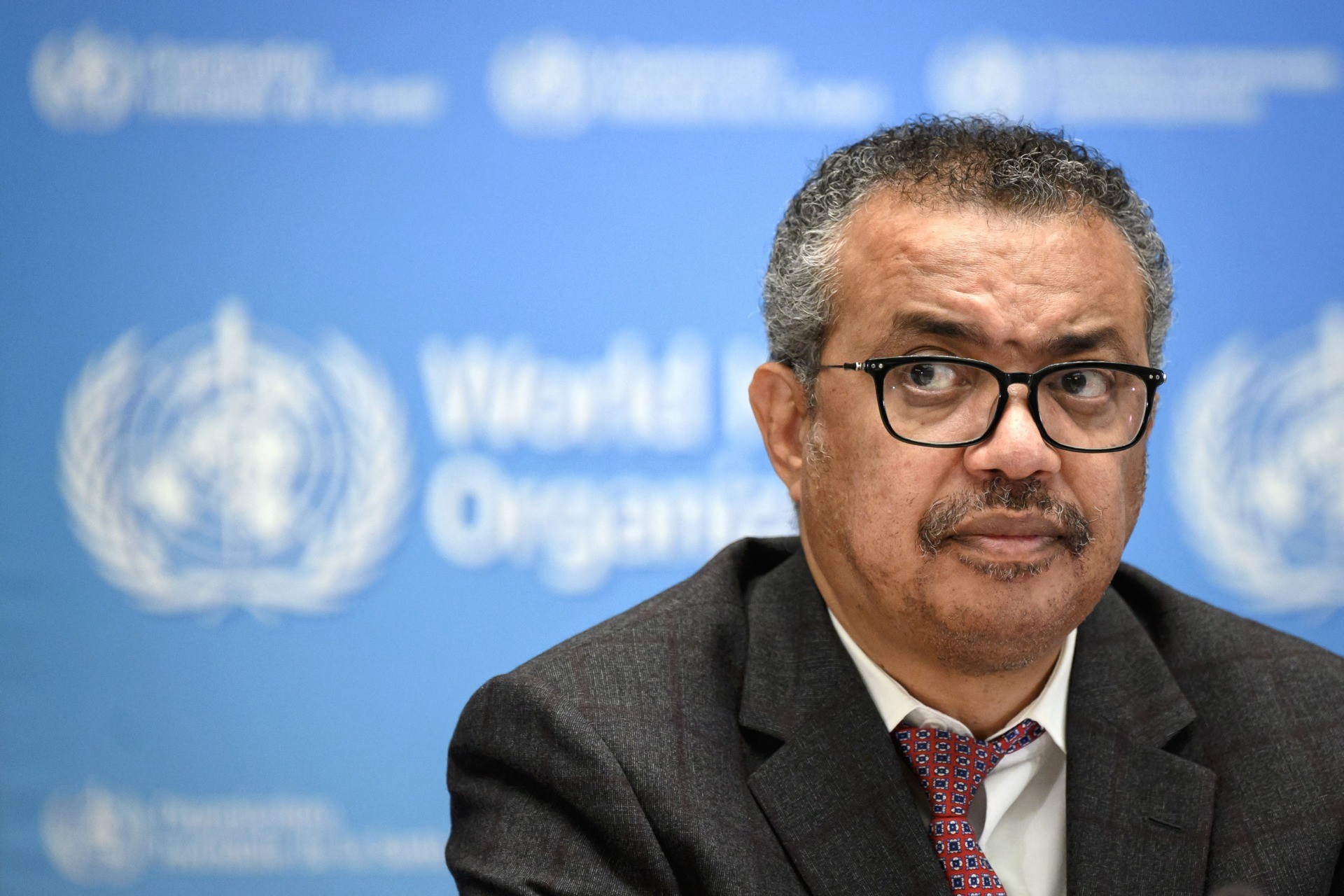 World Health Organization (WHO) Director-General Tedros Adhanom Ghebreyesus attends a ceremony to launch of a multiyear partnership with Qatar ahead of FIFA Football World Cup 2022 at the WHO headquarters in Geneva on October 18, 2021. (Photo by FABRICE COFFRINI/POOL/AFP via Getty Images)

Russia’s anti-coronavirus crisis center reported 34,073 new coronavirus cases on Wednesday, the Russian news agency Tass reported. Both cases and deaths increased in the 24-hour period documented. Moscow and St. Petersburg documented the most new cases, likely a product of simply being the largest cities in the country.

The day before, Moscow Mayor Sergei Sobyanin wrote in a blog post that the number of “serious and very serious cases” had doubled in the city’s hospitals.

In response, Sobyanin issued a stay-at-home order for the capital’s elderly population for at least four months and announced the city would force service workers to take a coronavirus vaccine to keep their jobs as of October 25. The city would implement the mandate, he reportedly explained, through businesses – rather than fining individuals, cities would require an 80-percent vaccination rate for service sector businesses by December 1 for the first dose of the two-dose vaccines available in Russia. 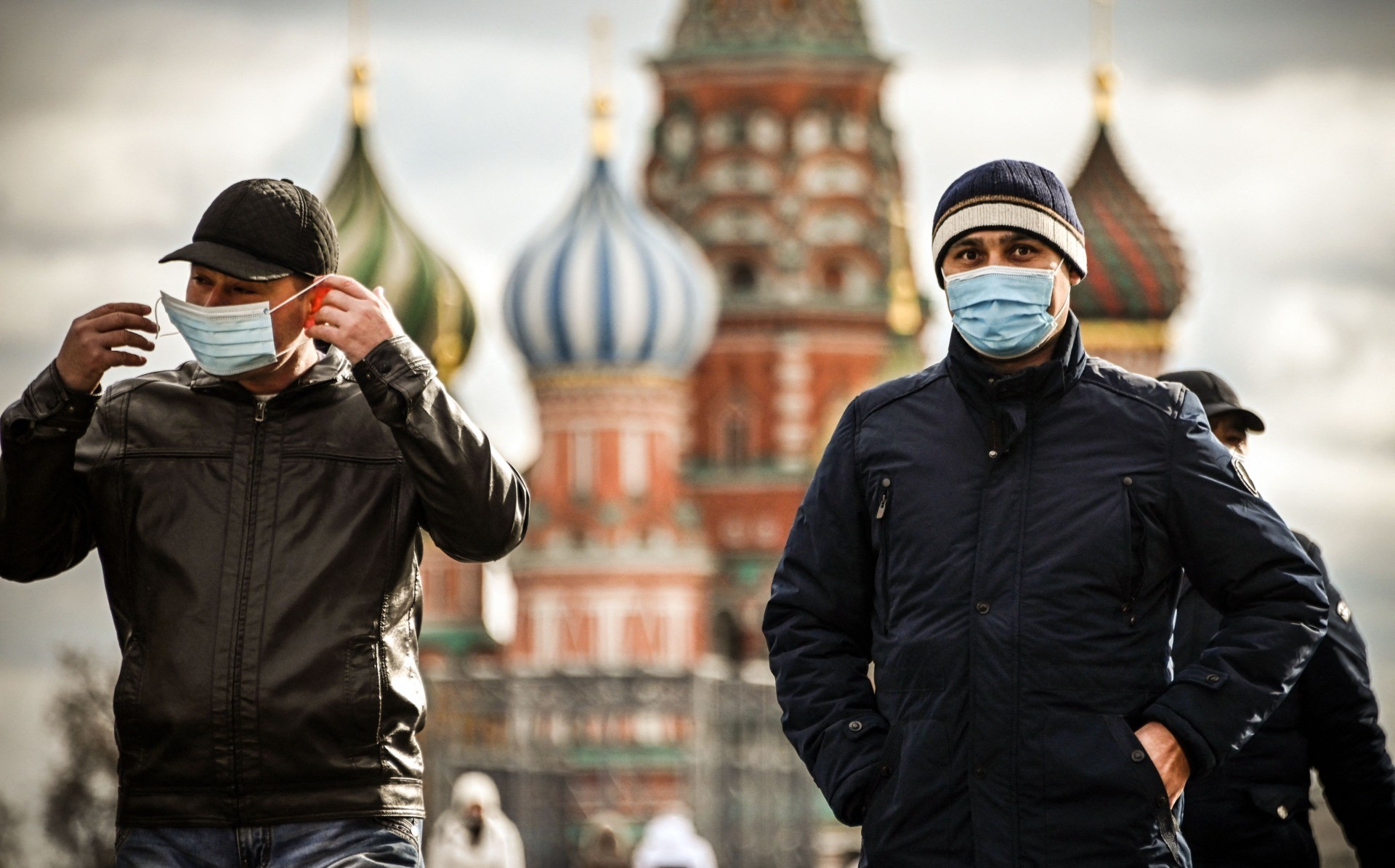 Tourists wearing face masks walk along Red Square in central Moscow on October 20, 2021, amid the crisis linked with the Covid-19 pandemic. – Russia said Wednesday 1,028 people died of Covid over the past 24 hours, a new record, as President Vladimir Putin mulls introducing nationwide restrictions to curb the spread of the disease. (Photo by ALEXANDER NEMENOV/AFP via Getty Images)

“Mayor Sergei Sobyanin ordered employers to send at least 30% of their staff to work from home for the next four months between Oct. 25 and Feb. 25, 2022,” the Moscow Times reported. “Vaccinated employees and those who had recovered from [Chinese coronavirus] recently, in addition to medical and critical workers, will be exempt from the work-from-home requirements.”

“I’m well aware of how tedious and uncomfortable the current restrictions are, but there’s simply no other way to protect you from serious illness,” Sobyanin reportedly wrote, as translated by the Times.  “Please get vaccinated. That’s how you will protect your health and be able to maintain your usual lifestyle.”

China, which has struggled with some of the world’s lowest vaccination rates in the developed world due to its history of producing poor-quality vaccine products, claims it has yet to reintroduce lockdown or other restrictive measures on a grand scale. The Global Times noted, however, that seven locations nationwide had documented what it referred to as “flare-ups” and blamed a group of elderly Chinese tourists. Despite the alleged spreaders being from Shanghai, the Global Times later claimed that the virus must have come from abroad as the Communist Party was too efficient at containing domestic cases – a claim rebuffed by the fact that China’s handling of the original outbreak in Wuhan in November 2019 caused the pandemic. 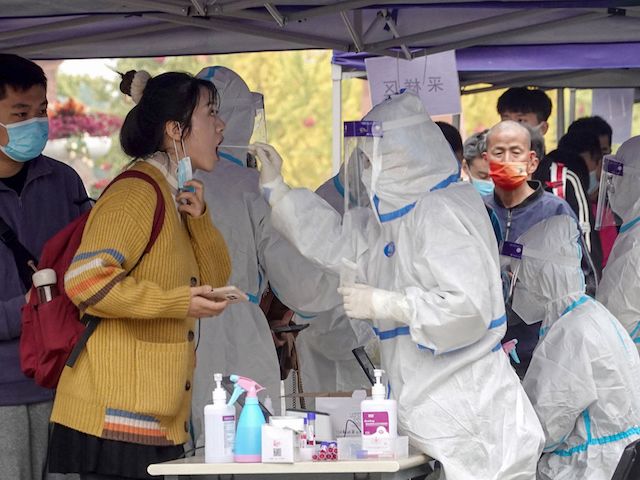 A resident undergoes a nucleic acid test for the coronavirus in Xian in China’s northern Shaanxi province on October 20, 2021. (STR/AFP via Getty Images)

The outbreaks have – most alarmingly for the Communist Party elite – affected several Beijing neighborhoods. Local communist officials have locked down at least two streets so far in the capital city.

“Two streets in Beijing’s Fengtai district are under closed management, and people from outside are advised not to visit the two streets,” the Global Times relayed. “Fengtai district government said at a press conference Tuesday that the district will increase the frequency of disinfection in public venues, limit the number of visitors in indoor venues and restaurant opening times.”

The state newspaper attempted to trace the origin of the current outbreak to somewhere beyond Shanghai: ports in Inner Mongolia, over 1,000 miles away. The Party temporarily shut down ports in the northern region over alleged concerns that the individuals believed to have caused the outbreaks may have been infected by touching contaminated surfaces on items shipped from overseas. A Chinese, Party-approved “experts” claimed in the Times article that “the virus on goods could easily spread to personnel who come into physical contact with contaminated goods accidentally or who fail to wear masks properly.”

In reality, multiple major studies suggest that this is not the case.

“Studies and investigations of outbreaks all point to the majority of transmissions occurring as a result of infected people spewing out large droplets and small particles called aerosols when they cough, talk or breathe,” Nature noted in January. “These can be directly inhaled by people close by. Surface transmission, although possible, is not thought to be a significant risk.”