‘I never dreamt it would go off the tracks the way it did’: Chris Wallace says the debate was ‘a terrible missed opportunity’ as he reveals Fox Corp CEO Lachlan Murdoch greeted him afterwards with champagne.

Chris Wallace says the debate was ‘a terrible missed opportunity’

President Donald Trump repeatedly interrupted rival Joe Biden and veteran Fox News host Wallace in the candidates’ taunt-filled initial prime-time encounter Wallace told The New York Times the debate was a ‘terrible missed opportunity’ He added: ‘I never dreamt that it would go off the tracks the way it did’ 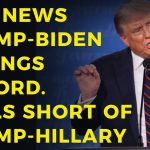 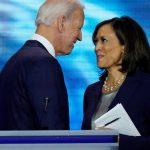 WATCH – ‘CNN Sucks!’ Is this why Jim Acosta went to CPAC?