The Department of Justice sued Walmart Tuesday alleging that the big-box retailer fueled the U.S. opioid epidemic by knowingly filling illegitimate prescriptions and with price-cutting techniques.

Walmart transformed its 5,000 in-store pharmacies into a leading network of opioid suppliers, the Department of Justice (DOJ) lawsuit alleged, according to a press release. In addition, Walmart allegedly didn’t heed warnings from its pharmacists that there was an insufficient screening process for questionable prescriptions.

“As one of the largest pharmacy chains and wholesale drug distributors in the country, Walmart had the responsibility and the means to help prevent the diversion of prescription opioids,” said Jeffrey Bossert Clark, acting assistant attorney general of the DOJ’s Civil Division. “Instead, for years, it did the opposite.”  (RELATED: Data Show Pandemic Contributing To Opioid Crisis, Local Health Experts Report ‘More Relapses’)

The DOJ alleged that Walmart violated the Controlled Substances Act (CSA) hundreds of thousands of times. The company’s pharmacies systematically filled thousands of painkiller prescriptions “that were not issued for legitimate medical purposes,” the DOJ press release said. 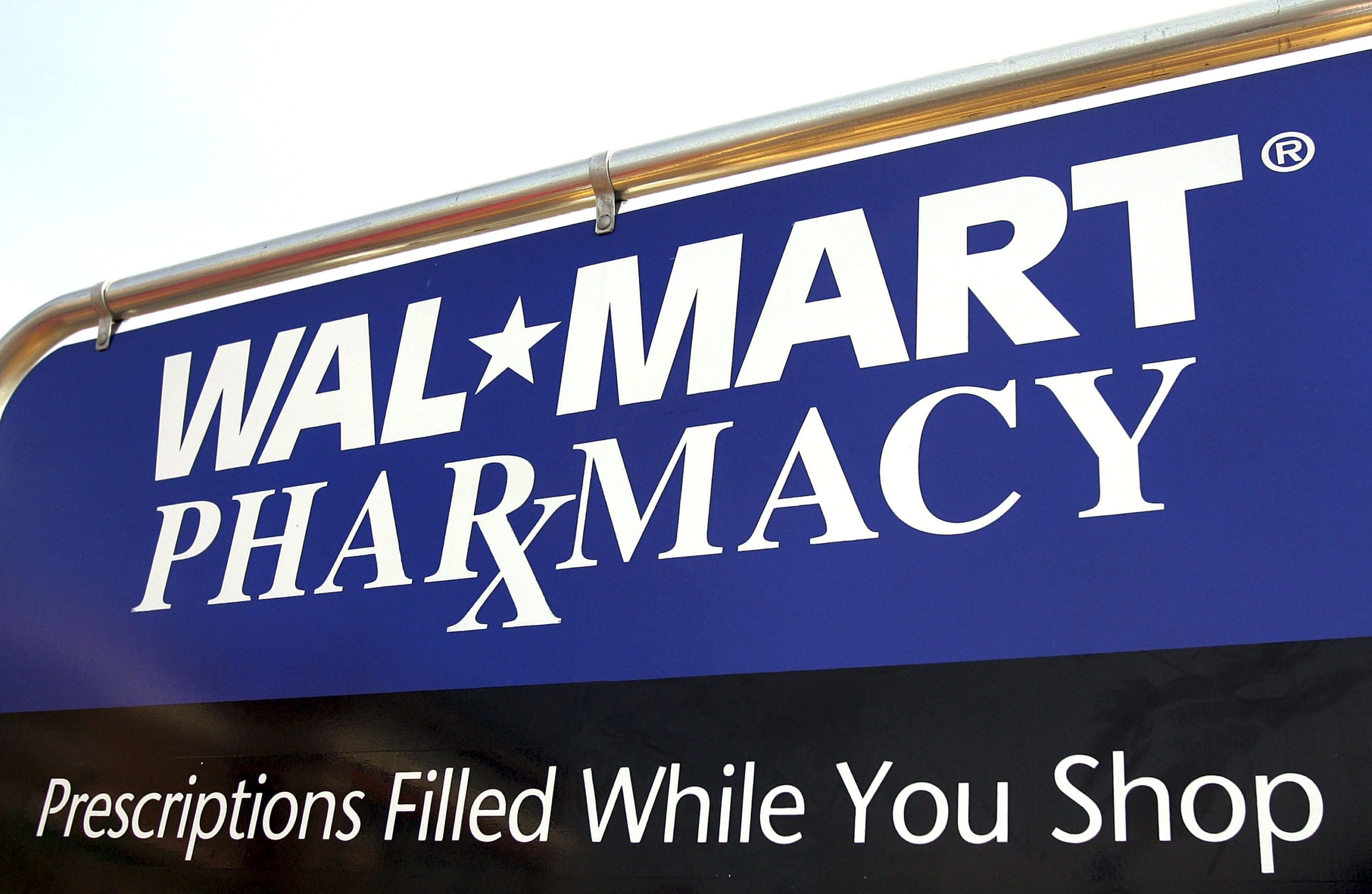 A sign for a Walmart pharmacy seen in Chicago, Illinois. (Tim Boyle/Getty Images)

Walmart managers allegedly made it difficult for pharmacists to fulfill legal obligations and thoroughly review prescriptions, the lawsuit said. Managers told pharmacists “shorter wait times keep patients in store” when asked why they were rushing the process, The DOJ alleged.

The company’s goal was to maximize profits via painkiller prescriptions even as a deadly epidemic ravaged the nation, according to the DOJ. (RELATED: American Cartel: Billionaire Family Behind OxyContin Apparently Spends ZILCH Rehabbing Addicts)

“When processes to safeguard against drug diversion are violated or ignored, or when pharmacies routinely fill illegitimate prescriptions, we will hold accountable anyone responsible, including Walmart,” said Drug Enforcement Administration (DEA) Acting Administrator Timothy Shea.

In October, Walmart preemptively sued the DOJ and DEA asking a federal court “to clarify the roles and responsibilities of pharmacists and pharmacies under the Controlled Substances Act,” according to a press release.

“Unfortunately, certain DOJ officials have long seemed more focused on chasing headlines than fixing the crisis,” the company said in a statement Oct. 22. “They are now threatening a completely unjustified lawsuit against Walmart, claiming in hindsight pharmacists should have refused to fill otherwise valid opioid prescriptions.”

In November, OxyContin maker Purdue Pharma pleaded guilty to criminal charges, including conspiracy to defraud the U.S. The company admitted it did not adequately prevent its opioid drugs from being sold on the black market, CNN reported.

The opioid epidemic has ravaged the U.S. for years with about 900 Americans dying from opioid overdoses every week, according to the Council on Foreign Relations.

Photos: Tens of Thousands of High School and College Students Gather in D.C. to March for Life

Russia is ready for anything Biden can throw. Germany realises Russia holds all the cards