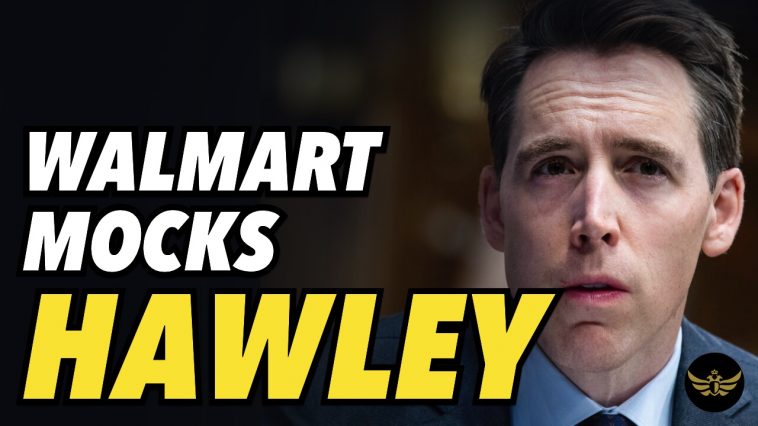 Update (1520ET): Out of left field, Walmart decided to pick a fight with Sen. Josh Hawley, calling him a ” sore loser” in a tweet written by an unknown “member of the social media team” over his announcement challenging the Electoral College certification. ” Go ahead.

Senator Amy Klobuchar – “This is how you run for President on the Republican side in 2024. You join a coup attempt. Democracy will prevail. As lead Dem on Rules Committee, I will guarantee it. There’s a bipartisan group of electeds who will put our country first. See you on the 6th!”