President Trump and Fox News are working together to kill off their supporters and viewers, claims Washington Post contributor Jennifer Rubin.

“Trump and Fox News are killing their supporters/viewers,” Rubin tweeted Monday, including an op-ed about how Biden is America’s savior from the coronavirus.

In her op-ed, Rubin cited a poll showing Democrats are panicking more than Republicans over the Wuhan virus crisis, and then proceeded to blame Trump and his “right-wing media apparatus” for Republicans’ lack of hysteria.

“If this gap affects behavior, Republicans may take fewer precautions for themselves and their loved ones. To be blunt, Trump’s nonchalant attitude, amplified by Fox News, may contribute to real suffering among Republicans,” Rubin wrote.

Rubin then said Republicans are in “danger” for not panicking, seemingly unaware that Republicans are usually more prepared for natural disasters or man-made disruptions than leftists.

“Trump and his right-wing media apparatus have done a disservice to the Republican base. In the interest of putting the Great Leader’s reputation and ego first, those same members of the die-hard base are in danger.”

Rubin then perpetuated the fake news that Trump said coronavirus was a “hoax” while explaining that Italy’s alarming death rate is somehow enough reason for Americans to blame Trump.

“As the virus spreads, the Fox News/Trump narrative is likely to change from ‘hoax’ to ‘look how well Trump is doing.’ But if we follow Italy’s rate of infection and death, no amount of spin may convince Americans that Trump rose to the occasion.”

But Trump did rise to the occasion, when he preemptively banned travel to and from China, as well as Europe as the virus began to spread uncontrollably in those regions.

Rubin knows this, but still figures sliming Trump over his coronavirus responses will help the left’s narrative that Trump is sitting back doing nothing while the virus spreads.

This is a test — of govt/media ability to get the public to demand a police state. What’s happening now is the culmination of a long process of conditioning to accept the police state. 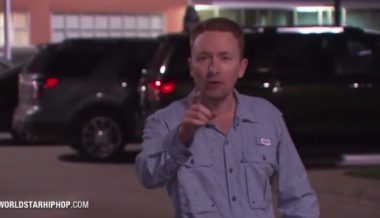