In a shocking attack on the First Amendment, New York City has banned the term “illegal alien” and criminalized threatening to call ICE on illegal immigrants.

“If you want to come into the ultimate city of immigrants and try to spread hate, you WILL face the consequences,” New York City Mayor Bill de Blasio tweeted with the attached the unconstitutional directive.

If you want to come into the ultimate city of immigrants and try to spread hate, you WILL face the consequences. https://t.co/QWy54wADZ1

The restrictions — violations of which are punishable by fines of up to $250,000 per offense — are outlined in a 29-page directive released by City Hall’s Commission on Human Rights.

“‘Alien’ — used in many laws to refer to a ‘noncitizen’ person — is a term that may carry negative connotations and dehumanize immigrants, marking them as ‘other,’” reads one passage of the memo. “The use of certain language, including ‘illegal alien’ and ‘illegals,’ with the intent to demean, humiliate, or offend a person or persons constitutes discrimination.”

The directive also lists several hypothetical examples of acts and comments that would violate these restrictions.

“A hotel prohibits its housekeepers from speaking Spanish while cleaning because it would ‘offend’ hotel guests or make them uncomfortable,” reads one scenario.

“A store owner tells two friends who are speaking Thai while shopping in his store to ‘speak English’ and ‘go back to your country,’ ” reads another.

This directive highlights how the establishment plans to dismantle the First Amendment piecemeal by criminalizing certain words and phrases, before tumbling down the slippery slope of full-blown censorship akin to what’s happening on social media to conservatives.

But this directive is even more insidious, because unlike on social media where one is simply silenced for speaking against liberal orthodoxy, NYC actually threatens exorbitant fines for uttering words or phrases they don’t like.

Lord Monckton joins The Alex Jones Show to shed light on one of President Trump’s most powerful speeches to the UN. 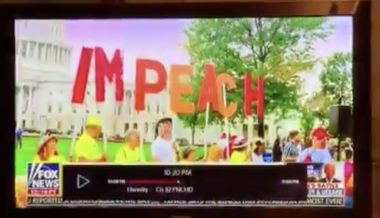 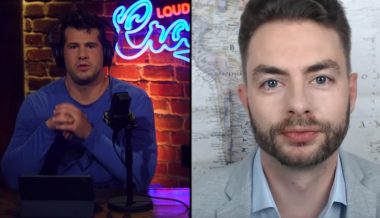