Ghislaine Maxwell, a former British socialite and apparent madame of accused child sex trafficker Jeffrey Epstein, has remained shrouded in mystery despite the many allegations that she was a key figure in Epstein’s sex trafficking operation.

“She [Maxwell] hasn’t responded to the original complaint,” Araoz’s attorney Dan Kaiser said in 2019 according to The Daily Beast. “We have repeatedly sought to reach out to her attorneys [but] they are not prepared to accept service on her behalf.” 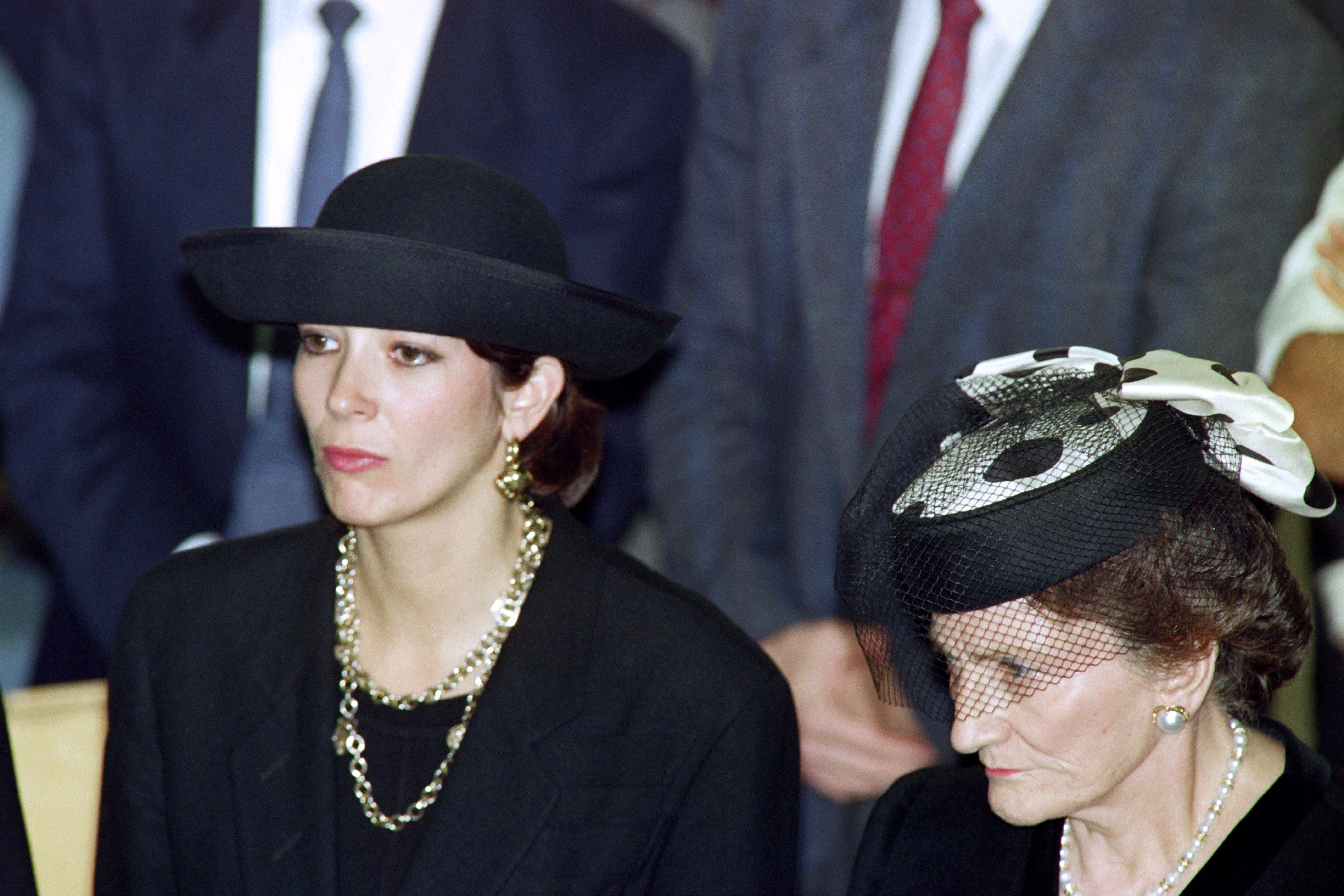 British press magnat Robert Maxwell’s daughter Ghislaine (L) and wife Elisabeth (R) attend the funeral serice for burial on the Mount of Olives of their father and husband on November 10, 1991. (SVEN NACKSTRAND/AFP via Getty Images)

Despite the evidence and accusations against Maxwell, the media has largely underreported both her apparent role in the international child sex trafficking ring and the fact that she remains missing following Epstein’s takedown. The information available for reporters is plentiful – from the pilots who allegedly shuffled underage girls to Epstein’s “Pedophile Island,” to those that worked inside his mansions, to the accusers themselves.

But, the articles are few and the sources often thin and anonymous. (RELATED: Jeffrey Epstein Arrested And Charged With Sex Trafficking)

News outlets write up basic news about Maxwell, but there hasn’t been a deep dive by major media publications. Maxwell news hardly gets air-time on big networks and it’s unclear how many reporters are shuffling through the multitude of information available on Epstein to find his apparent madame.

The New York Post often reports about Maxwell, although the sources are typically anonymous and occasionally the claims have fallen through. The publication has written up numerous alleged sightings of Maxwell, whose official whereabouts have been unknown since 2019. The Guardian has also wondered aloud where Maxwell is, as have other networks – but shouldn’t there be a plethora of publications and reporters deep-diving to find the woman accused of being behind a world-wide child sex trafficking scheme?

Unfortunately, the media appears to be doing a Maxwell blackout. 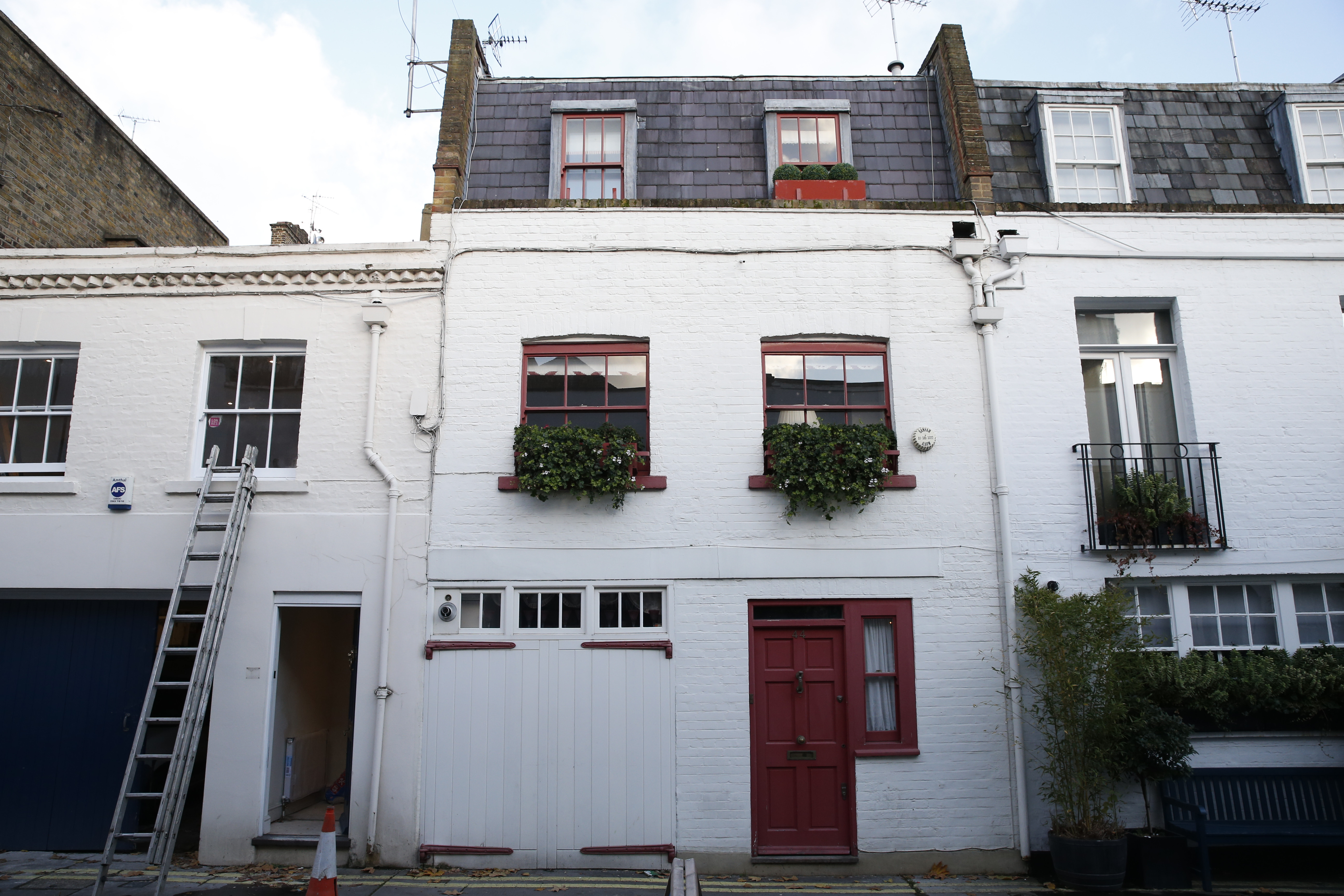 While it’s unclear why there appears to be a media blackout on Maxwell, Epstein’s many connections has been reported on by publications. The dead financier brushed shoulders with some of the biggest politicians, including former President Bill Clinton, current President Donald Trump and Prince Andrew.

ABC News came under fire in 2019 after a Project Veritas video shows anchor Amy Robach appearing to lament that her story about Epstein was killed by higher-ups at the network.

“I’ve had the story for three years,” Robach said in the video. “I’ve had this interview with Virginia Roberts—we would not put it on the air. First of all, I was told, ‘Whose Jeffrey Epstein? No one knows who that is, this is a stupid story.’ Then, the palace found out that we had her whole allegations about Prince Andrew and threatened us a million different ways. We were so afraid we wouldn’t be able to interview Kate and Will, that we, that also quashed the story.

ABC denied killing the story because of threats, saying in a statement that there was not enough concrete evidence to run with the story, and Robach walked back her comments after the video was leaked. Robach attributed the video to a “private moment of frustration.”

Still, the video is a prime example of whether Epstein’s influence extended to the media. Even after his death, publications have appeared to largely shy away from doing any deep dives into his associates, such as Maxwell.

After the video was exposed, ABC News aired a two-hour special Jan. 9 about Epstein and the allegations surrounding him. Robach’s interview was not included in the special, which was intended to focus on Epstein “and the powerful story of the women who survived his crimes and fought back to reclaim their lives.”

The network also claims to have been investigating Epstein and the allegations even after Robach’s interview was killed. Still, ABC News has been unable to find any bombshells surrounding Epstein or Maxwell, despite claiming that they “never stopped investigating the story” and has a team dedicated to uncovering the truth. (NBC, ABC And CBS Appear To Have Run Cover For World’s Most Powerful Rape Rings)

A few outlets do appear to be trying to look into Maxwell, although that doesn’t include the major publications. A federal judge in Manhattan recently denied a media request from reporter Julie K. Brown and The Miami Herald. They requested that documents related to Epstein – involving Maxwell – should be made public.

Judge Loretta Preska ruled for Maxwell after previously limiting the documents that could be released from past court dates between Giuffre and Maxwell, Law & Crime reported.

The documents allegedly contain details about important public figures and famous people who may be involved in Epstein’s apparent child sex trafficking and rape scheme. Preska did say that some of the documents could be released in the future, but only on a case-by-case basis.

The Miami Herald and Brown’s case is one of only a few attempts to get to the bottom of Epstein’s allegedly massive reach. CNN, MSNBC and other big-name networks, on the other hand, appear to have only reported up blurbs regarding lawsuits against Epstein’s madame.

While Maxwell’s whereabouts remain unknown, the case against Epstein has not yet finished, with prosecutors and lawyers for his accusers promising to bring everyone involved to justice.