A petition launched on the official White House website Friday calls on President Trump to pardon his longtime ally Roger stone, after a jury in federal court found him guilty on seven charges related to the FBI’s Russia probe. 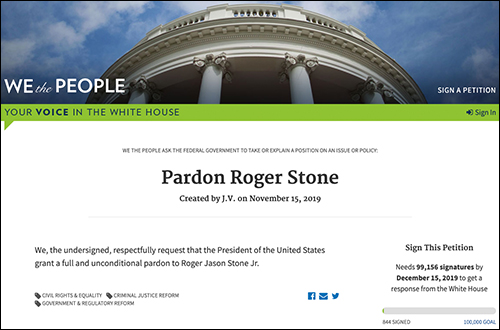 “We, the undersigned, respectfully request that the President of the United States grant a full and unconditional pardon to Roger Jason Stone Jr,” the petition states.

Nearly 1,000 people have signed the petition as of writing.

Stone, 67, faces up to 50 years in prison after a jury found him guilty on all counts Friday, including witness tampering and obstruction.

He faces a sentencing hearing in February. 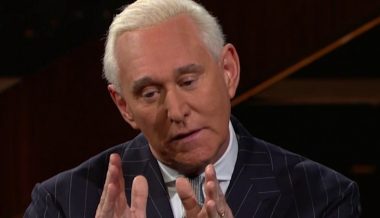