Whittney Williams at age 10 entered the U.S. illegally from Taiwan, but now she’s running for Congress in Michigan with high hopes for a border wall and zero tolerance for socialism.

“I am running for Congress because I love our country, believe in the American Dream, and want to fight back against the radical left’s socialist agenda,” Williams said in a press release, “This country has given me everything, and I hope to have the opportunity to give back by defending the Constitution and our fundamental American values.” 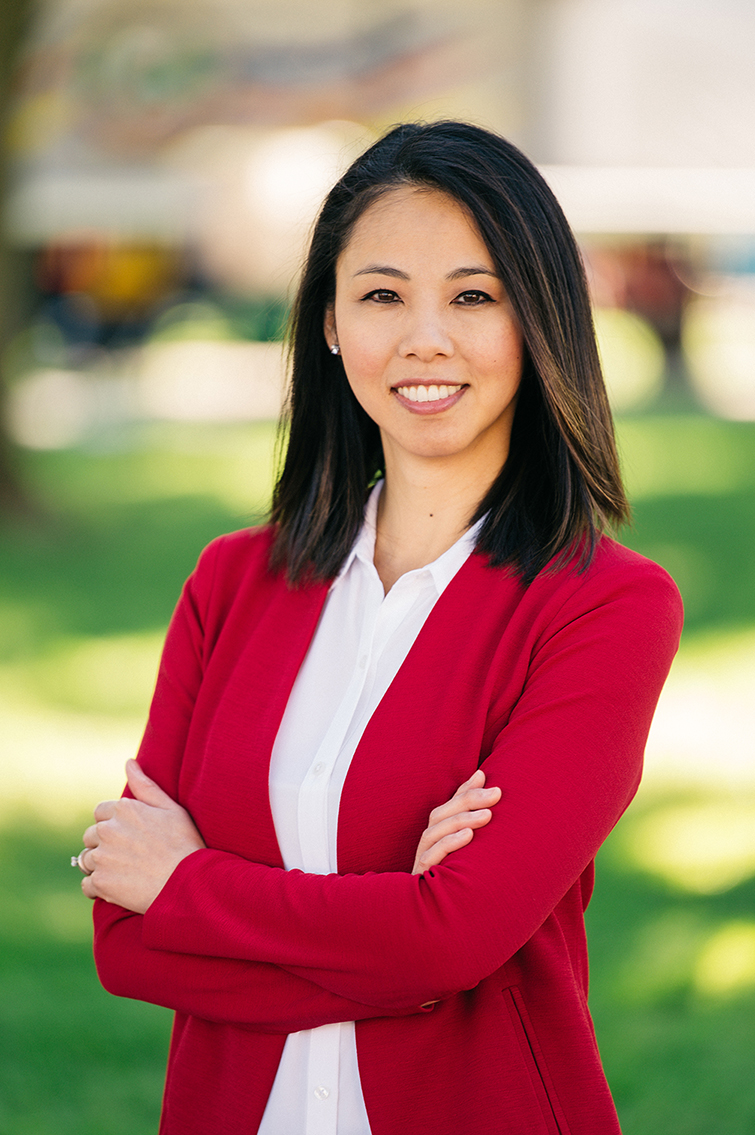 Williams grew up in a poverty-ridden household in southern California born to Taiwanese parents who overstayed their visas. Her parents filled their fridge with 29 cent cheeseburgers from McDonald’s when times were tough — 39 cent cheeseburgers were a reward, she told the Daily Caller.

Her “closet” was nothing more than a trashcan, and she learned English by reciting the Pledge of Allegiance over and over again. She was robbed at age 13, paid international tuition rates to get herself through college and was denied the ability to serve her country in the Navy due to her immigration status.

Her childhood was a harsh reality, but it hasn’t affected her love for America, according to her campaign.

Personal hardship has instead inspired a commitment to prevent similar realities for those wishing to enter the country illegally. Unbridled illegal immigration is not the answer for the congressional hopeful, but border security is, a spokesperson for Williams’ campaign, told the Caller. (RELATED: Meet The Double-Amputee Marine Triathlete Running For Congress In Virginia)

“As a former illegal immigrant who lived in the shadows for 16 years, I know what that experience is like and wish it on no one. Congressional Democrats are lying to the American public – they would rather have open borders instead of actually solving the immigration crisis and supporting Dreamers like me.” Williams told the Caller, “They know the immigration crisis cannot be solved as long as they push their radical anti-American, anti-immigrant, and anti-Dreamer open border agenda. I support border security to put an end to this once and for all.”

Williams is also committed to rejuvenating the Michigan auto industry. She draws on her own experience as a product specialist in the auto industry and echoes President Donald Trump’s rhetoric, calling for “fair-trade.”

Williams was concerned about the Democratic Party’s treatment of her and other illegal aliens; she felt labeled.

“They were using people like her that were in her position as a political prop,” a campaign spokesman said.

“She’s crossed all of the preconceived notions – these boxes that they put you in – that you have to think a certain way because of what you look like or where you’re from or who you are. She destroys identity politics game,” he continued.

Williams identifies as pro-Second Amendment and pro-life in addition to expressing sentiments for smaller government and lower taxes, her campaign website confirms.

“As somebody who is who she is, the Democrats can’t use their typical playbook against her,” a spokesman for her campaign said.