President Donald Trump ousted John Bolton as his National Security Adviser earlier this month over clashes on foreign policy and comparatively little is known about his replacement, Robert O’Brien. Trump previously referred to O’Brien as “fantastic,” but he’s kept a low profile during his time in the administration.

So how does O’Brien match up with Trump’s foreign policy goals? What is his background? How does he compare to Bolton? (RELATED: Trump Reveals His Top Five Picks To Replace Bolton)

O’Brien has a legal and military background, having practiced law in California and served as a major in the U.S. Army Reserve. He went on to serve as the U.S. Alternate Representative to the United Nations General Assembly under President George W. Bush, and then as the Co-Chairman of the U.S. Department of State’s Public-Private Partnership for Justice Reform in Afghanistan in 2007 through the start of the Obama administration.

O’Brien was not initially on the Trump train in 2016, instead serving as an adviser to the campaigns of Republican Texas Sen. Ted Cruz and former Wisconsin Gov. Scott Walker. He also advised the Mitt Romney campaign on foreign policy in 2008 and 2012 — the two have known each other for more than 15 years.

But in 2016, before Trump even took office, O’Brien wrote a glowing piece in The National Interest praising Trump’s mission to get NATO allies to spend more on defense.

“After eight years of the Obama administration hollowing out America’s armed forces, and given the dangerous situation the world now faces from Islamic extremists, Iran’s proxy wars across the Middle East, Russia’s invasion of Ukraine and threats against its neighbors, and China’s ‘great wall of sand’ in the South China Sea, the United States needs its allies to finally get serious about contributing to the common defense of the free world,” O’Brien wrote in December 2016. 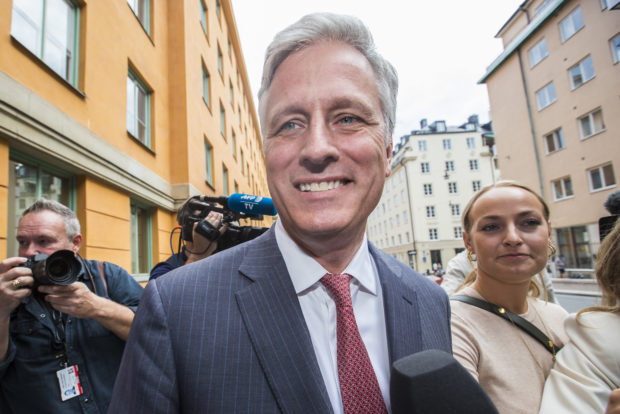 STOCKHOLM, SWEDEN – AUGUST 02: Robert C. OBrien, special envoy sent by Donald Trump, returns to the courthouse after the lunch break on the third day of the A$AP Rocky assault trial at the Stockholm city courthouse on August 2, 2019 in Stockholm, Sweden. American rapper A$AP Rocky, real name Rakim Mayers, along with Dave Rispers and Bladimir Corniel are on trial for assault after an alleged confrontation with a man in Stockholm in June. (Photo by Michael Campanella/Getty Images)

In May of 2018, Trump appointed O’Brien to serve as his chief hostage negotiator, the Special Presidential Envoy for Hostage Affairs. In this role, he was vital to securing the release of hostages, like Pastor Andrew Brunson from Turkey. He was also chosen by Trump to lead the special envoy to Sweden to help free American rapper A$AP Rocky from prison after he was accused of assault.

People who know O’Brien personally describe him as warm and friendly and more likely to acquiesce to Trump’s demands than a hardliner like Bolton.

However, critics point out that O’Brien has very similar policy goals to Bolton, and that he may not always align with Trump’s more skeptical view of America as the world’s policeman. This could provide a challenge to Trump’s preference to pull troops from Afghanistan and Syria and avoid war with Iran.

“John Bolton literally blurbed Robert C. O’Brien’s book, ‘While America Slept’, released in 2016 as Donald Trump completed his hostile takeover of the Right and American politics … O’Brien is interesting: a standard line, conservative hawk who’s conformed to the new Trumpist line,” Curt Mills, a senior writer at The American Conservative, told the Daily Caller. “He’s subtler than Bolton. That could make him much effective for the president he serves — but also more dangerous.’

To Mills’ point, “While America Slept” makes the case for American global leadership — which sounds like a far cry from “America First.” 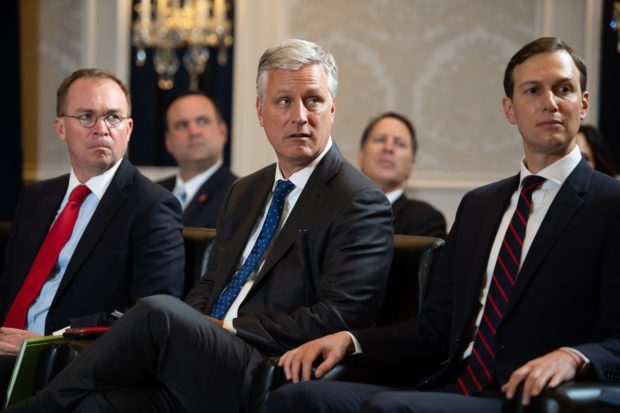 Daniel Runde, a former Bush official, wrote of the book, “Robert writes from a series of beliefs and assumptions that I also hold: a deep belief in American Exceptionalism, that peace comes through strength, that the United States is stronger when it partners with its allies and when America is a reliable friend to its allies, that the greatness of America comes from a people that respect tradition and the rule of law, and that (yes) we are the good guys and there are some bad guys out there.”

However, “While America Slept” also outlines a key tenet of Trump’s foreign policy: rebuilding the military. And he speaks highly of the need for public diplomacy.

Fred Fleitz, a former CIA and National Security Council (NSC) official, criticized Mills and other alleged “isolationist nuts” and called O’Brien a “great choice” for NSA. Fleitz, interestingly enough, was a chief of staff to John Bolton but has also been skeptical of a war with Iran.

Great choice! Was an honor to be in the 5 finalists. Glad POTUS ignored isolationist nuts like @DanielLarison and @CurtMills !

It’s quite possible that O’Brien takes a similar approach to his work with Trump: enamored with American strength but simultaneously skeptical of the endless war that has plagued the nation over the past nearly two decades. The increasing aggression from Iran over the past several weeks may very well be his first test.