Many of our readers have no doubt come across my speculative pieces stating the (possibly crazy) proposition that COVID-19 was bioengineered specifically not to afflict Oriental Asiatic people, such as those from China, Japan, North and South Korea and the like. In other words, COVID-19 is possibly a bioweapon, released perhaps by accident, but deployed after the fact in a very practical and deliberate manner.

Naturally, such an assertion would welcome shrill screams of “crazy racist!” from American liberals. It is probably for this reason that what you are about to read may not have been seen before in the efforts to bury such “crazy ideas.”

However, DW did publish a piece by Martin Fritz, a newswriter in Tokyo, Japan. We are very grateful to him for providing a very well reasoned investigative piece on this statistical phenomenon and we offer his entire piece here for your consideration. This piece was published on June 12, 2020.

As the US enters a third wave of COVID perpetuation and as Europe endures new lockdowns in a second wave, one of the things we have to consider is the endemic nature of the virus and its unusual (and I still point at the strong possibility of a bioengineered) endurance. While political figures in the US desperately spin this against President Trump, the reality is that the American president’s present posture – to deal with the virus through the use of therapeutics pending the public release of vaccines – is the most realistic and pragmatic path forward. Nothing else will work, because we simply cannot make everything stop and hold it in place in hopes that this will make the virus disappear. That is fantasy. So, onto something a bit more realistic, and I think this piece by Martin Fritz will actually lend itself to proving the practicality of our own policies concerning the virus.

Why does coronavirus kill fewer people in East Asia?

People in East Asia seem to be less likely than those in many other parts of the world to die of the coronavirus. But the explanations that have been put forward do not all hold water, as Martin Fritz reports from Tokyo.

Higher “mindo” is Japanese’s Finance Minister Taro Aso’s explanation for why Japan has witnessed relatively few deaths from COVID-19. This term describes “cultural standards” and is often used in reference to nationalism and ethnic superiority. The TV station TBS, in its turn, said that because Japanese had fewer plosives than many other languages, fewer virus-laden droplets were transmitted by air when people spoke. Many Japanese have also attributed the low number of cases to Japan’s culture of eating traditional and healthy food.

However, such theories do not explain why the number of COVID-19 cases and deaths has been relatively low not only in Japan but also in much of the rest of Asia. China has reported three deaths per million inhabitants, South Korea and Indonesia five, Pakistan six and Japan seven. Vietnam, Cambodia and Mongolia have reported not any confirmed COVID-19 deaths. Germany, on the other hand, has had 100 deaths per million inhabitants, the US almost 300 and Britain, Italy and Spain more than 500.

Differences in how numbers are counted and in the amount of testing do not explain these large divergences. In South Korea, there was mass testing of the population on parking lots, while in Japan, only people who had had a fever for four days and the people they were in contact with were tested. 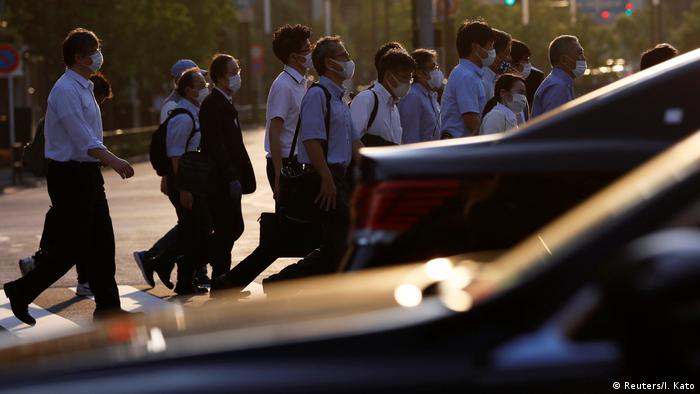 How Banks Work & Dictate the Economy – Interview with Richard...