New York Gov. Andrew Cuomo on Monday celebrated the Department of Justice’s (DOJ) decision to drop its investigation into his policy that sent COVID-19 patients into nursing homes, but with several other probes ongoing, his fate is still unclear.

The DOJ announced last week it would not investigate Cuomo’s March 2020 order forcing nursing homes to accept coronavirus patients, prompting the governor to hold a press conference Monday in which he described allegations his nursing home order caused deaths as “outrageous.” At least 4,000 nursing home residents died when the order was active, according to a report from New York Attorney General Letitia James, with the New York State Department of Health knowingly undercounting nursing home deaths, as first reported by the Daily Caller News Foundation.

Though the DOJ’s investigation was dropped, Cuomo still faces several other probes related to his nursing home order, as well as allegations of corruption and sexual harassment. (RELATED: Cuomo Set To Be Questioned In Sexual Harassment Probe: REPORT)

“The governor absolutely is not out of the woods,” New York Republican Rep. Lee Zeldin told Fox & Friends on Wednesday.

Cuomo is under criminal investigation by the U.S. attorney’s office in the Eastern District of New York (EDNY), along with the FBI, for his handling of the COVID-19 pandemic. Other than the nursing home order itself, the governor is under scrutiny for refusing to release data on nursing home deaths, a decision which the governor blamed on fear of political retaliation from President Donald Trump, and for silencing health officials who attempted to report accurate death numbers.

“There is proof that our governor and his administration went to such great lengths to cover up the true death toll,” Janice Dean, Fox News meteorologist and outspoken critic of Cuomo following the deaths of her in-laws in New York nursing homes, told the DCNF.

The governor also faces a probe from James into sexual harassment allegations made by five women, one of whom claimed Cuomo groped her. (RELATED: New York Assembly Republicans To Introduce Resolution To Impeach Cuomo)

The New York state Assembly launched its own impeachment probe into the governor in March, investigating Cuomo’s nursing home policy as well sexual harassment allegations and potential misappropriations of funds. 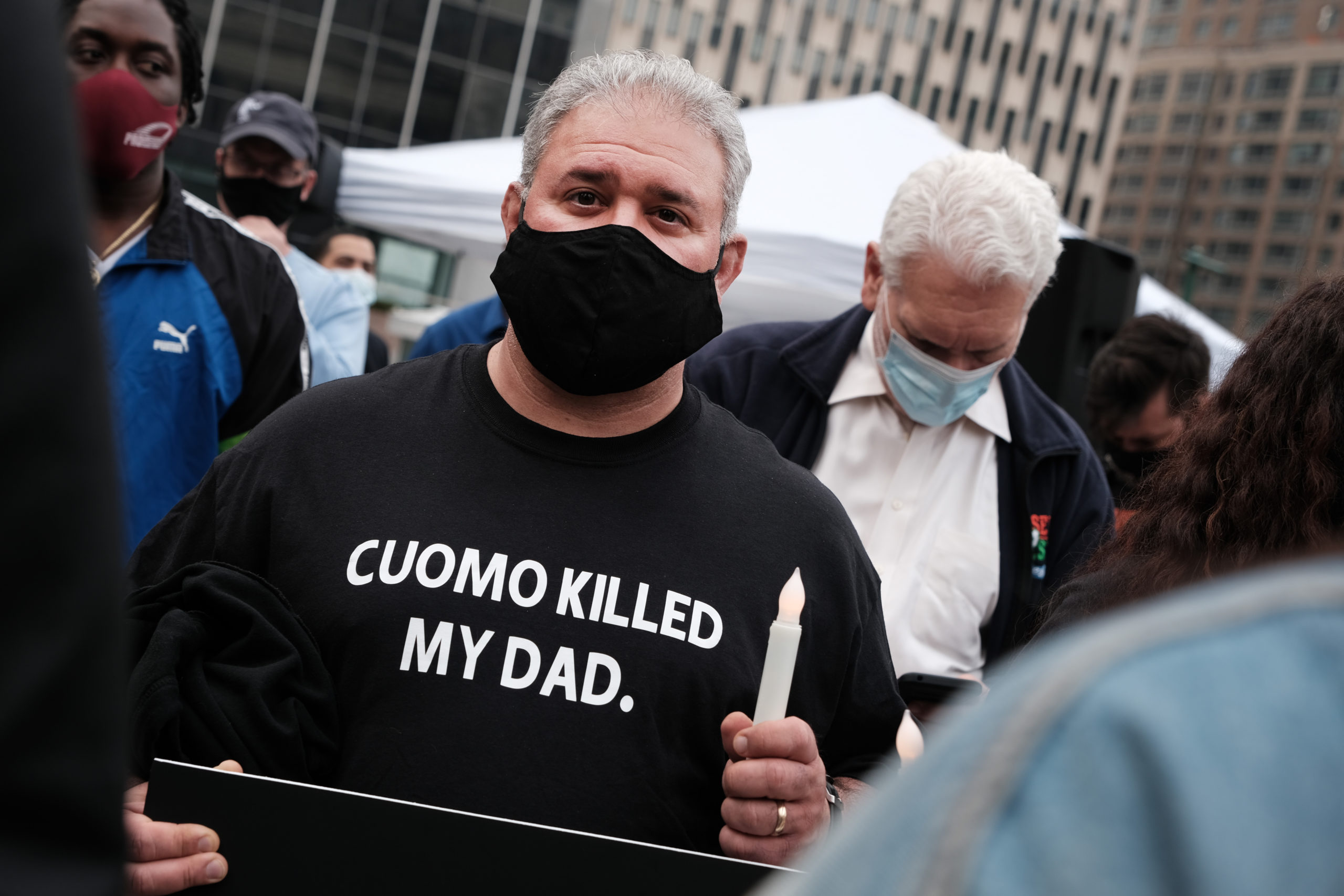 People who’ve lost loved ones due to Covid-19 while they were in New York nursing homes attend a protest and vigil on March 25, 2021 in New York City. (Photo by Spencer Platt/Getty Images)

Despite the scrutiny the governor is facing, it’s unclear what, if anything, will stick. Some argue the criminal investigations are unlikely to result in prosecution, and the sexual assault allegations represent the path of least resistance.

“The nursing home tragedy involves many people, many layers and in my view is criminal, but Democrats probably think it’s easier to get him on the #metoo behavior than start really digging into the corruption and lies from nursing homes,” Dean told the DCNF.

“If any meaningful action is going to be taken, it will be by New York state authorities — and, specifically, by Attorney General Letitia James,” Andrew McCarthy, senior fellow at National Review Institute, wrote in National Review.

The attorney general’s investigation has faced obstacles. Cuomo offered in March to provide staffers who were to be questioned by investigators with outside lawyers hired by the governor’s office, which some critics say was intended to prevent staffers from speaking honestly with investigators. (RELATED: TIMELINE: How Andrew Cuomo Went From America’s ‘Love Gov’ To Fending Off Calls For His Resignation In Less Than 12 Months)

“I think it is meant to intimidate and tell people that you either stick with the company scripts or you don’t speak at all,” New York state Sen. Andrew Gournades, a Democrat, told CNN at the time, saying the offer had a “chilling effect” on staffers’ cooperation with investigators. 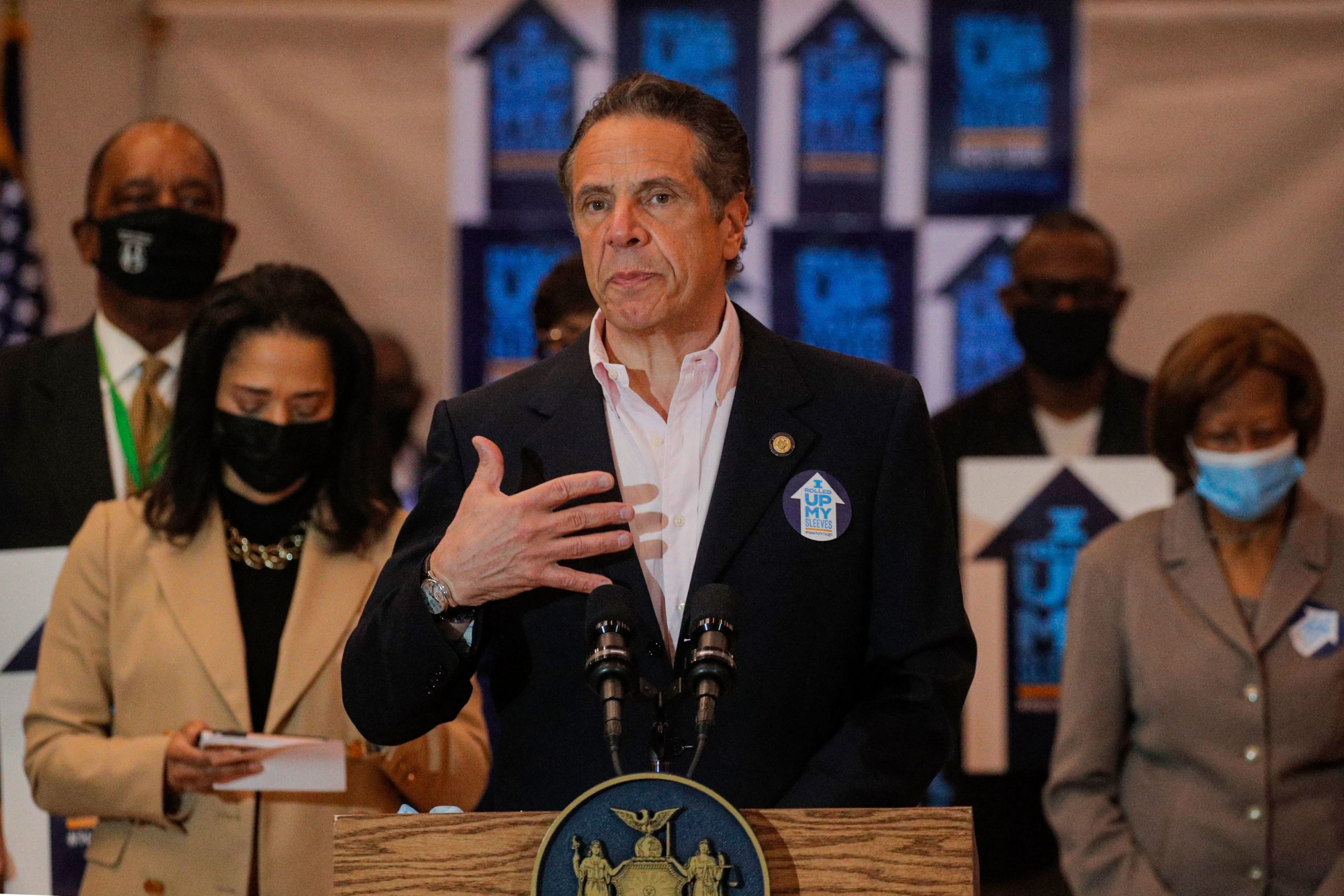 Cuomo’s adviser Rich Azzopardi also argued James has a “transparent political motive” in the investigation, hinting that the attorney general may be using the probe to bolster her profile for a potential run for governor.

Meanwhile, the state Assembly’s impeachment probe has drawn criticism from lawmakers and outsiders alike, with many accusing the Assembly of deliberately dragging its feet and intentionally underfunding its investigative team.

“From what I’ve learned in the last year covering this story, New York politics are as corrupt as they come,” Dean said. “The impeachment probe has been a sham from the beginning with stonewalling and Democratic politicians too afraid to go against Cuomo.”

“This seems to be nothing more than a delay tactic or to provide some cover to say we’re doing something, but not really doing anything,” Ortt told Spectrum News in May.

The state Assembly allocated Davis Polk & Wardwell, the law firm hired to investigate Cuomo, just $250,000 in April, or enough for three weeks of work, according to The New York Post. The firm is expected to investigate the sexual harassment allegations as well as the nursing home order and its alleged cover-up.

We have more than enough evidence to proceed with our impeachment process. We must remove Cuomo from his position and hold him accountable for abusing his powers.https://t.co/lRuwAXBXsh pic.twitter.com/IRkRrFu9gV

“It’s indicative of a lack of seriousness,” Cam Macdonald, fellow at the Empire Center for Public Policy, told the DCNF regarding the budget.

The Assembly only began issuing subpoenas at the end of June, over three months after the investigation began. Impeachment charges have yet to be brought, and the Assembly’s slow pace and infrequent meetings have delayed the probe’s progress.

“If anyone was politically motivated to impeach the governor there would not be much stopping them from drawing up the charges,” Macdonald said.

The FBI and EDNY’s criminal investigation, formerly headed by Trump appointee Seth DuCharme, was taken over by Biden appointee Mark Lesko in March, who was himself replaced by Jacquelyn Kasulis in June.

“My own intuition is that pigs will fly before the Biden administration takes any action against the Cuomo administration,” McCarthy wrote in National Review.

As a criminal investigation, the probe will have to find evidence Cuomo broke the law, which some say might be difficult. (RELATED: EXCLUSIVE: New York Admits Knowingly Undercounting Nursing Home Deaths After Quietly Changing Reporting Rules)

“I think it’s a bit of a stretch to find anything criminal in any of it, as bad as it was,” Macdonald told the DCNF. “Are there situations where people have civil cases against the governor? Now that’s possible.”

Dean agreed that proving criminal behavior would be hard, adding “we will probably never get justice for the deaths of our loved ones.”

Cuomo’s office did not respond to the Daily Caller News Foundation’s request for comment.