Speaking at a Planned Parenthood rally outside of the Court in Washington D.C., Schumer launched a veiled threat at the two Justices over how they may vote in an upcoming abortion-related case.

“I want to tell you Justice Kavanaugh and Justice Gorsuch: You have unleashed a whirlwind, and you will pay the price,” Schumer yelled to a cheering audience.

“I want to tell you Justice Kavanaugh and Justice Gorsuch: You have unleashed a whirlwind, and you will pay the price”pic.twitter.com/MellytNNp5

“You won’t know what hit you if you go forward with these awful decisions!” Schumer added.

This comes as the Supreme Court is set to hear a case Wednesday about a law in Louisiana that requires abortion doctors to have admitting privileges to local hospitals.

Democrat State Senator Katrina Jackson, the sponsor of the bill, argues that it will protect women with emergency medical care in case of abortion complications.

But pro-choice advocates say the bill will restrict women’s access to abortions.

“What is happening in Louisiana is part of a dangerous national trend,” Planned Parenthood said on its website. “With these same dangerous restrictions enacted in neighboring states, the United States is becoming a country where a woman’s ability to make personal medical decisions without interference from politicians will be dependent upon where she lives.”

This will be the first abortion-related case heard by the two new Justices chosen by President Trump.

Given Supreme Court Justices serve lifetime appointments and aren’t faced with elections, it’s unclear how exactly they would “pay the price.”

Schumer is no stranger to veiled threats.

In 2017, Schumer hinted that the intelligence community would come after Trump following his historic election if he didn’t play ball with the establishment.

“You take on the intelligence community, they have six ways from Sunday at getting back at you, so even for a practical supposedly hard-nosed businessman he’s being really dumb to do this,” Schumer had said on MSNBC.

Alex Jones breaks down the latest delusion of the left to justify their partisan crusade to overthrow President Trump and the will of the American People. 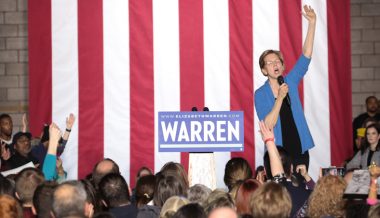 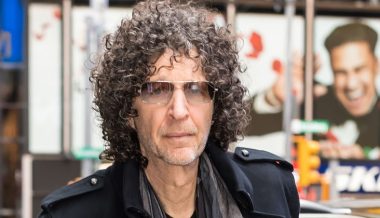