A channel popular for broadcasting President Donald Trump’s rallies was banned from livestream capabilities Sunday night, according to the broadcaster.

Without explanation, YouTube blocked Right Side Broadcasting from going live, despite the channel, known for streaming Trump rallies, having over 380,000 subscribers and 80 million views.

After 300 million views of President @realDonaldTrump rallies and 4 years following the rules on YouTube, our live streaming ability was taken away with no explanation. We have ZERO copyright or community violations on our account. We are shocked. Why, @YouTube? #FreeRSBN pic.twitter.com/WJta2GPUx8

“Tonight our live-streaming abilities have been revoked by youtube,” said the channel’s founder Joe Seales, in a video uploaded to Twitter. “That’s right after 300 million views and four years plus of obeying copyright law, of obeying community guidelines, all of a sudden we can no longer livestream on YouTube. They have given us no reason why we can’t livestream. We have received no communication or correspondence whatsoever.”

Seales says ultimately the ban will “cripple” his company’s revenue going into 2020, and suspects his channel has been targeted for censorship by Big Tech, especially given the channel’s demonitization and recent censorship from search results.

“We don’t want to say this, but it feels like we are being targeted by YouTube – because we have been kept out of the search results now for the last several months,” Seales says, adding, “But now not even allowing us to livestream, this is going to severely cripple our company and make it very difficult for us to survive in the lead-up to 2020.”

In follow-up posts, RSBN says a YouTube bot shut down livestream capabilities after it flagged one of their videos for containing audio which violated copyright guidelines, unbeknownst to them.

UPDATE: We have received confirmation from @YouTube that there was an apparent issue on our 24 hour live stream where copyrighted audio or video unintentionally went out over the air for a few moments without our knowledge.

No copyright claim was made on the video itself, but their system detected the content and that automatically triggered the removal of our live stream and the suspension of our streaming capabilities.

Because we received no notification or clarification as to what prompted the issue and our account was still in good standing, we were left uncertain as to the reason why our streaming privileges were revoked.

We are extremely careful about and respect copyright law here at RSBN, so in order to avoid this issue in the future, we have decided to permanently remove our 24 hour live stream in the future if we regain our ability to live stream.

UPDATE: Youtube is working on the matter. Thank y’all for your support in getting the word out! https://t.co/W73PgAb16E

The channel hopes to have livestream capabilities restored in time to stream a Monday Trump rally in Rio Rancho, New Mexico.

Thousands are already in line to see @realDonaldTrump in Rio Rancho, NM tonight! This should be another big one- we’ll have pictures and videos of the line later. Watch live at 3:00 PM EDT! https://t.co/QvDQgKBIrV

Infowars is giving a giant middle finger to YouTube with our own video platform – BANNED.VIDEO. 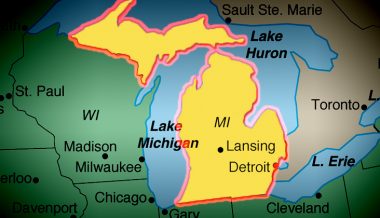