An up-and-coming YouTube star is setting herself up as the antithesis of everything that activist Greta Thunberg represents: a teenager who is asking youngsters to think before jumping into “climate alarmism.”

Fear over global warming is ripping apart friendships and stealing the spirit of young people, according to Naomi Seibt, a 19-year-old German woman who is preparing to speak at the 2020 Conservative Political Action Conference. Some conservatives believe she is an antidote to Thunberg’s rise.

Seibt has Thunberg’s energy but is trying to notch out a name for herself among climate skeptics.

“My main problem with the climate change narrative is that most people who protest do not actually know the science behind it,” Seibt told the Daily Caller News Foundation. “It’s terrifying young people and ruining relationships.”

“Her passion began in 2015 as young people associated with the Fridays for Future began holding protest after protest in her hometown,” she said.

Fridays for Future helped elevate the voice of Thunberg, a 17-year-old girl who traveled to the U.S. in August 2019 on a racing yacht. Her visit was designed to galvanize American support for climate policies ahead of the September 2019 United Nations climate summit in New York. Thunberg received praise in the media, with reporters arguing her rise to prominence is organic.

Seibt, meanwhile, is getting a big push from the Heartland Institute, a conservative think tank that is becoming a hub for climate skepticism. (RELATED: Exclusive: Inside The Media Conspiracy To Hype Greta Thunberg)

The Heartland Institute featured Seibt during its U.N. climate conference in Spain in December 2019 and hired her to campaign its cause, namely that of raising questions about the degree to which humans are contributing to climate change. Seibt acknowledges that climate change exists and that temperatures are increasing but is generally skeptical of the human impact. 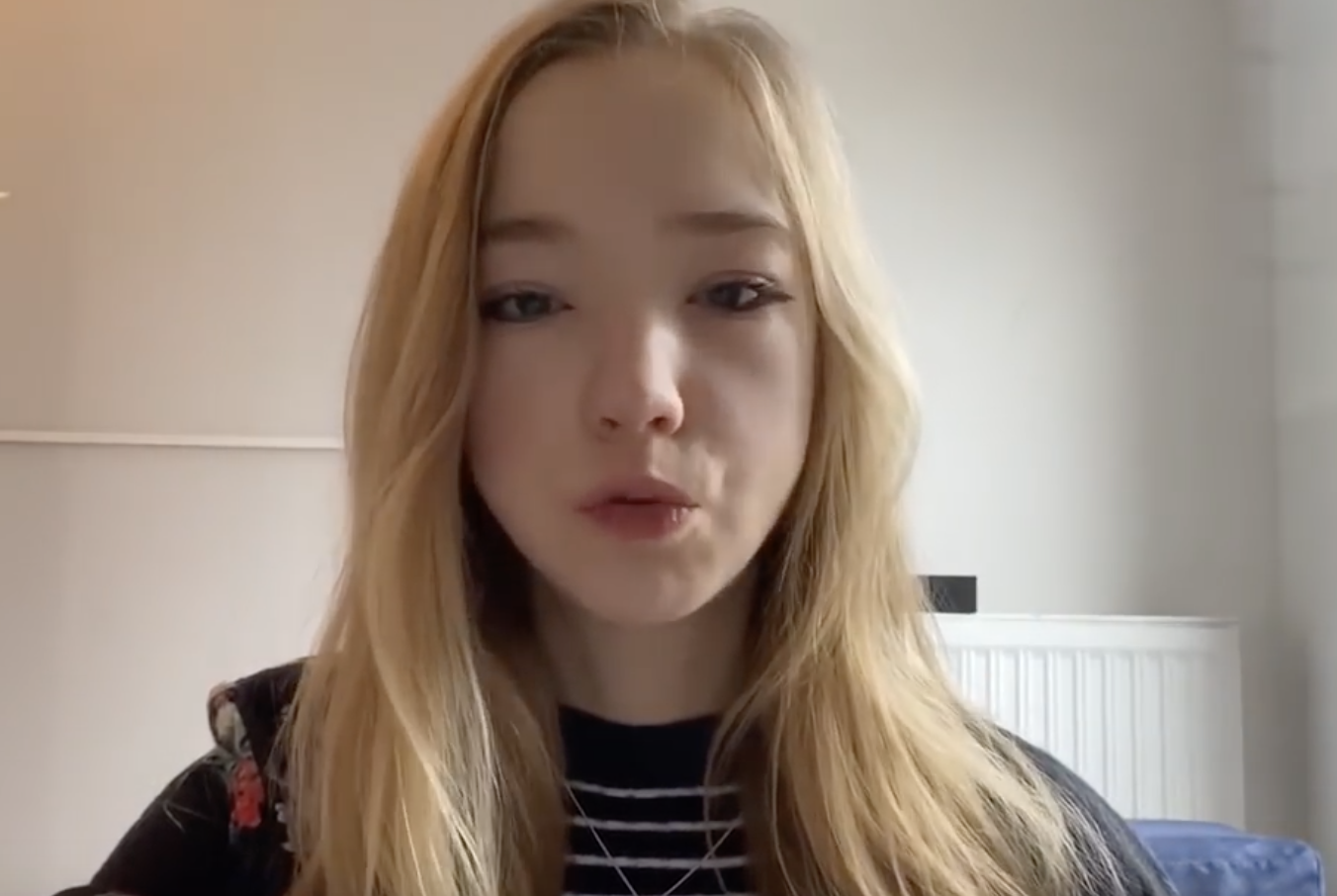 “Naomi Seibt vs. Greta Thunberg: whom should we trust?” Heartland rhetorically asks in a digital video posted on its website. Some critics say she is acting as Heartland Institute’s mouthpiece, but she told the DCNF that the think tank gave her a “platform” to question climate orthodoxy.

Thunberg, on the other hand, fills a narrative that many activists believe the media should be devoting more time to promoting: that climate change is a crisis. “I want you to panic,” she said in 2019 at the World Economic Forum in Davos, Switzerland.

Thunberg received Time’s Person of the Year honors in 2019 for pressing the climate crisis viewpoint and for telling world officials at the U.N. climate summit that they “have stolen my dreams and my childhood with your empty words and yet I’m one of the lucky ones.” She added: “How dare you!”

Seibt is asking her generation to take a different route.

“Don’t let an agenda that is trying to depict you as an energy-sucking leech on the planet get into your brain and take away all of your passionate spirit,” Seibt said in a Feb. 11 video posted to Heartland Institute’s website. “I don’t want you to panic.”

Some analysts are dismissing Seibt’s impact, suggesting Heartland is propping her up to score political points.

A DCNF report from November 2019 suggests Thunberg’s attention might not have been as organic as some thought.

More than 250 news outlets and journalists partnered with the Columbia University School of Journalism’s flagship magazine to create a project in 2019 that ultimately helped cover the media ecosphere with stories about Thunberg and climate change ahead of that year’s climate summit, the report showed.

Instead of receiving glowing praise, Seibt says media have worked to mischaracterize her positions.

“It’s very chilling to hear people my age screaming out there and calling me a Nazi for my skepticism,” she told the DCNF. “If they listen to me, they would realize that I am not this evil anti-Greta.”

“That’s not what I want to be. I would say that I do not have any friends my age group back home,” she said.

Nonprofit news group CORRECTIV aired a report on Heartland on German TV, WaPo noted in its Sunday report on Seibt. Investigators filmed her at an event posing as potential donors. They also approached Heartland’s James Taylor, director of the group’s Arthur B. Robinson Center for Climate and Environmental Policy, at the forum at the U.N. climate conference in Madrid.

Heartland Institute has not responded to the DCNF’s request for comment.